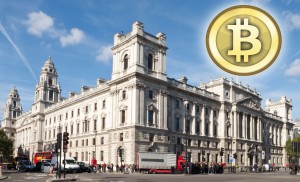 After the Western world was shocked by the terrorist attacks that took place in Paris on the 13th of November 2015, the atmosphere once again shifted towards the analysis of the terrorist ecosystem that allows these kinds of international terrorist cells to function. The Paris attackers, like any other terrorist network, relied heavily on a constant stream of funding, which is not surprising.

Because of the level of preparation and commitment, most cells might not demand huge sums to continue to create and execute their murderous plans, but most members still need the outside funding to keep going. With this idea in mind, some analyst shifted their attention to the domain of funding and monetary transactions that keep these cells operational and active.

Here, the role of cryptocurrencies, especially BitCoin as its most popular representative, began to be mentioned as a possible way how these cells might receive money from abroad. Expectedly, some analysts and pundits quickly began to make this assertion, not realizing that the UK HM Treasury came out with a document almost a month ago, before the Paris attacks, where it categorizes the cryptocurrency, or digital currencies according to their terminology, as an area of monetary transactions where these problems were rare.

It also declared that the chances of using BitCoin or other cryptocurrencies for money laundering, especially for the purpose of financing terrorism, pose a very low risk. But, many fail to understand how this is factual when some media outlets already connected these digital currencies with shady financial dealing or even tied them directly to international terrorist networks. Here are the reasons why this is simply not true, further underlined by the explanations of the UK HM Treasury report.

The Faulty Pretext of Cryptocurrency Use

For many pundits, the connection seems perfectly understandable: terrorist networks have a large amount of readily available funds, being that many of them are involved in lucrative criminal operations. These operations involve everything from selling valuable historical items on the black market, drug trafficking and gun running, but expand all the way to exporting crude oil to refineries and taxing the population that is under the control of a particular terror network. Through these processes, the network receives a huge amount of money in a variety of currencies, but all of it is in “dirty” cash. This means that the process of transferring money using regular banking services or wire transfers will most likely be intercepted and seized by the authorities. So, BitCoin sounds like a perfect substitution. This cryptocurrency can be attained anonymously using cash and then transferred to anyone who wants to use it, including possible terrorist cell members.

But, this notion is riddled with potential problems. Firstly, no cryptocurrency system in the world supports or affiliates itself with any terrorist organizations, and any online location that is associated with these groups are immediately reported to the authorities. In that sense, while BitCoin is anonymous on an individual basis, an organization that uses its digital wallets still leaves an electronic footprint that can be traced and examined, just like any other form of monetary transaction. In this case, any terrorist organization would have to operate a centralized financial node that would then dispense funds across the network of cells and there is no proof that anyone is doing anything remotely similar.

Also, the same terrorist organizations would need the help of the financial experts who have experience in the domain of money laundering and clandestine funding. Currently, a huge majority of these experts simply use traditional means to monetary transactions and have a variety of proven methods of laundering cash and dispersing it across a number of individuals. Because of these facts, the notion that BitCoin or some other digital currency was used to fund the Paris attackers simply is not supported by any evidence. Additionally, the report of the UK treasury undermines the whole idea that cryptocurrencies are widely used as a method of money laundering.

On October 15th, Her Majesty’s Treasury (also known as HM Treasury), the British institution dedicate to the UK’s economic policies and public finance policies created an in-depth report about using digital currencies for terrorism financing and money laundering in general. Called the National Risk Assessment, the report underlined that cryptocurrencies hold a low risk in this domain, especially when they are compared with using cash, accountancy services, and banks. The HM Treasury states that there are no studies which plainly show the connection between these illegal financial activities and cryptocurrencies.

This means that there is little evidence that in any way indicates that using cryptocurrencies was adopted by different criminal elements that could finance parties involved in terrorist actions. The lack of evidence pointing to abuse covers all relevant areas of digital currency use, including raising funds via crowdfunding, paying for elements of terrorist infrastructure like renting servers for websites or to transfer funds across borders.

According to the report, the problems that do exist, like the issues regarding anonymity and the circumvention of different national legislation using the non-national digital-only network. But, these issues are identical to things like BitCoin as they are to e-money or other financial instruments that are primarily online-based. But, the report also warned that these types of transgression can be expected to become more prominent in the future, mainly because of the growing number of digital currency users. But, the same can be expected from any financial service that becomes increasingly popular with the wider population.

Reports like the one produced by HM Treasury and other ones clearly show that BitCoin and other digital currencies are used just like any other electronic payment in the world. This includes holders of the currency using it for a number of actions, including online betting. At the same time, it is true that this form of currency is currently more appealing to those who are technologically inclined, which is why so many enjoy betting on E-Sports using BitCoin, but this currency will continue to gain traction with users. While this might mean that the number of potential abuses might rise in the future, it is clear that this is in no way connected to the nature of digital currencies, but with the simple fact that more users mean more abuse in any system, including cryptocurrencies.