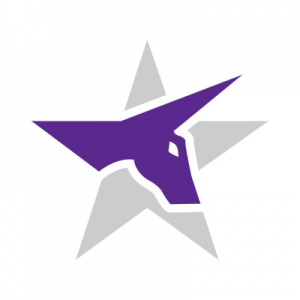 Unikrn is a venture that has been in the crypto limelight for some time now. The cryptocurrency betting platform was one of the first ones to try and merge the idea of utilizing blockchain-based cryptocurrency betting and the focus on esports. The same was seen by some as a cheap trick to capitalize on everything popular and promising at that moment, but as the time passed, it became clear that Unikrn is in it for the long run.

Today, the platform was able to share a huge piece of news – it managed to attain a license for their venture in the Isle of Man, attaining legal backing for its international operations. The development is big for the company but also for the rest of the ecosystem, especially when it comes to other platforms looking to either innovate betting through blockchain or trying to make its features more accessible.

The Isle of Man Development

The company, as well as the analysts following the same market, are in agreement about the news – it is the biggest thing that happened to this company since it generated its initial startup funds. Initially, it was the name of Mark Cuban that generated most of the interest for the company. Back in 2017, it managed to raise a fund of around $15 million after its initial investment round.

The investors were high profile individuals that included Ashton Kutcher and Elisabeth Murdoch, as well as several VC companies. The prominent names provided the company with instant brand value and this allowed its initiative to escape the fate of so many similar crypto startups that never really captured the momentum of this ever-changing market. Now, as soon as all of its technical and legal details have been taken care off, it will start providing an encompassing crypto esports betting service.

The offer will be very diverse and in some ways, cover every aspect of esports – this will include betting on performances and occurrences related to players, teams and competition events. The service also covers a very novel element, which is the ability of the Unikrn users to wager on their own performances. Here, the users would be literary able to bet on themselves, which is an interesting twist on the regular sports betting and gambling experience.

The platform covers basically every big esports title in the world with its system. The games include LoL (League of Legends) Dota 2 and Fortnite as the biggest names, but there are others and there is no reason why new games could not be added to the platform regularly. This means that if any game begins to generate traction in the esports community, Unikrn could be adding it to its offer in a matter of weeks, if not days.

There is also no reason to think that the platform would not be offered any necessary technical support from the makers of the game as well as organizers of any competition. By getting it listed, the same parties would also profit thanks to another source of potential new players entering the same ecosystem. In gaming, such a thing is equal to the key element of success – getting new players and finding ways to keep them onboard as active users.

At the same time, it is doubtful that any esports organization would be opposed to betting services – even if they for some reason did not want to become a part of it, they would still prefer to enter an official partnership than have other platforms simply offer wagers with or without their consent. At least with Unikrn and other services like it, they attain a partnership that is completely legal and fully compliant with the law, which is, in this case, the Isle of Man regulation.

A Strong System and Diverse Support

At the back end of the Unikrn system is the infrastructure based on Bittrex and with it, the merger of betting and gaming is seamlessly placed upon one or another cryptocurrency. This makes the use of any digital currency just as easy as fiat currencies when making bets.

The platform will support bitcoin as the major cryptocurrency that still surpasses any other at the top position, but also ethereum and most likely many more high-ranking crypto tokens of today. Just like with games, there is no reason why new tokens could not be added to the setup.

Finally, the game will also employ its own native token, UKG and this will provide the users with access to the platform’s premium benefits. The same token will also be as valuable to those who want to make wagers as the rest of the cryptocurrencies and fiat ones as well.

The system should be set in place and ready to go in the following weeks. It will be using the Unikrn Jet platform to be more precise and it should serve the entire token-based economy of the company. Right now, the Unikrn Jet is already working in some shape and form, but it should be able to handle over 9,000 bets per second as soon as the platform is fully launched.

The platform support will be provided to most countries in Europe, but also nations in Asia and South America. The EU market is clearly very lucrative, but the last two also make perfect sense. South America has one of the fastest growing esports markets in the world, mainly because of its numerous young population.

Asia, on the other hand, is the hub of many esports games, including those like the Chinese Honor of Kings. This mobile MOBA game has a huge ecosystem in China alone and if Unikrn managed to tap into this market, the potential revenue could go through the roof.

The Next Phase of Esports, Crypto and Betting Ventures

The permit provided to the Unikrn by the Isle of Man is truly opening a new chapter for the esports crypto betting. If the company proves a profitable and stable setup, this will be an unmistakable signal to other investors that the market is both ripe and growing. As esports bloom into a true entertainment force on a global level, ventures like this will soon become a very promising field not just for gambling investors, but anyone who is trading and investing in crypto as well.