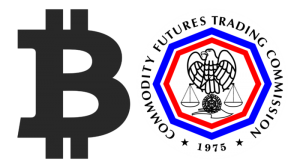 As the political atmosphere is changing in the US, the struggle between the different elements inside of the corridors of power in Washington D.C. begins. After the tremendous disturbance produced by the win of Donald Trump in the presidential elections, the entire venue of politics in the United States appears to be on the move as numerous factions try to push their own agenda.

At the same time, the nature of the system shows that the process will stay business as usual until Trump is sworn into office at the end of January 2017. Yet, the shifts have already begun and there is a certainty that many will try to use the final weeks of Obama’s administration to push their plans as much as possible. In the commotion, the concept of digital currencies in the country has also gotten a bit of the same spotlight.

Here, like in many other scenarios across the globe, there is a struggle between the more fiscally conservative parties who want to have more regulation of bitcoin and other cryptocurrencies and those who harbor a more liberal view of these FinTech advances.

Like often, both sides of the argument have valid points behind their stance, while in this particular case, the stakes are even bigger because of the political shift that has already taken place in the country. For bitcoin and the rest of the digital currencies used in the US, the issue has become a small showdown between the Congressional committee and the CFTC, or the Commodity Futures Trading Commission.

The news came as the Congressional committee called on the CFTC to make regulation of digital currencies a big priority as the current administration winds to a close. The same committee is attached primarily to the domain of agriculture and works inside of the US House of Representatives.

The notification was formally sent to the CFTC as a request on the behalf of the committee which is concerned with the possibility of the agency of making some big changes in the final weeks before a new administration steps in. Previously, the agency declared in September 2015 that they would produce regulations for bitcoin that would define it as a form of commodity. This all occurred while the same agency was settling a set of charges brought against Coinflip, a bitcoin operations platform.

Now, the same issue had been resolved, the Congressional committee remains worried about the possible actions the agency could take. While the letter was sent to the CFTC, it also refers to phenomena called “midnight rulemaking” which is making the members of the committee suspect unpleasant surprises could be waiting for the agency’s new figureheads coming in January.

The distinctiveness of the US political system allows for the midnight rulemaking being a very relevant occurrence in practically all branches of government. In short, it is the period between a new presidential candidate is elected into president-elect and the moment the same person actually takes over the presidency.

This period is particularly important if the new administration belongs to a different political party than the previous one. In this scenario, it is most likely that the changes in the administrative and legislative domain will be significant and wide-impacting, which is why the current administration might be tempted to preemptively counter them with some last-minute changes in laws and regulations.

Thus, the term of midnight rulemaking came about, suggesting that an administration will try something major in the last moment, in spite of the fact that their term in office is still fully valid. Now, the committee’s letter desires to stop any potential movement in this direction. The chair of the Committee is a Texas Republican Mike Conaway, who asked of CFTC to steer clear of any, as he put it, controversial regulations in the coming months.

For those reading between the lines, this is a clear call to stop any potential easing of restrictive regulation when it comes to bitcoin, especially now when the SegWit appears to be on a solid track to solving the biggest internal problem. Here, a move that embraces BTC on the part of the US might be a game-changer for the entire world, but for the Republicans in this particular Committee, the same should be avoided.

Aside from suggesting what not to do, the Committee also had some suggestions on where the agency should focus its attention. The main objective of the final months of the current administration should be in the day-to-day work of enforcement and their role as the providers of market watchdog duties. As well as the previous part of the letter, this also shows a negative sentiment towards bitcoin, in spite of the fact that it is daily used by millions for things like retail, betting online using BTC and many similar and completely safe activities.

Conaway also underlined that the CFTC should make sure that it provides clarity on the levels of regulation associated with digital currencies. In his words, providing this certainty about the government’s position on these would allow the public and investors to be more willing to include themselves in the emerging markets.

This closing sentiment echoes some more liberal voices in the political establishment of the US, which are actively looking for more inclusive stance towards bitcoin. The end of the letter shows that even this particular Congressional Committee realizes that the US should not miss out on the potential of the digital currencies, which like many other online ventures, including eSports and hybrid social networking, for example, can quickly morph from an unknown to global and very lucrative phenomena.

Possibilities for the CFTC

When all is taken into consideration, the letter sent to the CFTC was more a demonstration of power than a real attempt at stopping some last minute process. The Obama administration was not particularly forthcoming to bitcoin or any other digital currencies and there are no active plans to change this before Trump takes office.

While the same will leave bitcoin in a legal framework that defines it in the US as a commodity, it will also mean that there will be no negative impact as well. As more and more data points towards the fact that 2017 might be the boom year for BTC, this type of an environment is not a bad starting position for the upcoming expansion of this digital currency in the US.