Opinion Could the US Constitution Protect Digital Currency Owners? 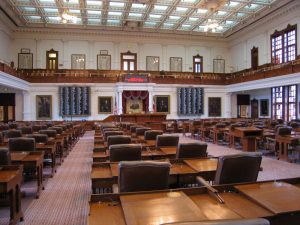 The US is one of those few nations that operates a system of laws that is both intricate and exceedingly well-centered. As a federal nation, the country allows its states a huge leeway in defining and developing their own local laws. But, as a core that governs all of them the US constitution stands firm, potentially one of the most important legal documents in history.

Over the centuries, it became famous for its legal defined rights of individuals to seek life, liberty and the pursuit of happiness. For many nations, its agility that offered protection without risking freedom is seen as a great role model that could be emulated in some shape or form. At the same time, some elements of the constitution, like the Second Amendment, are a big issue in the US and a very divisive one.

With a huge number of gun fatalities, the US has a problem that is virtually unknown in any other developed nation on the globe. Here, the constitutional protection is so strong that even a system of regulating firearm possession registries using blockchain is something that a huge number of citizens vehemently oppose.

However, the agility factor of the continuation makes a versatile system that can and does change. When it comes to the digital currencies, a lawmaker from the US has started a constitutional initiative that could open the door to an interesting change in the world’s biggest economy.

Representative Matt Schaefer is a Texas lawmaker that has recently created a proposition for a constitutional amendment. The amendment would have the purpose of protecting the owners and users of digital currencies inducing bitcoin in the same state. Schaefer proposed that the Article I of the Texas state constitution which currently protects any medium of exchange that is mutually agreed upon.

The Article I would be amended by changing the elements related to the rights of the people to hold, own and use any mutually agreed upon medium used for exchange. These mediums could include digital currency, cash, bullion, or coin. The article would also state that the government will not prohibit the holding of ownership of these mediums, regardless of their amount or form.

If the same document passes through the legislative process, the proposed amendment would be included on the state’s ballot in November 2017 for approval.

The State of Texas

It is interesting that the US state of Texas is the one going for the same constitution change. When perceived from the perspective of digital currencies, the same part of the country is actually a very logical choice for this process. First, Texas is a big and populous state with over 26 million inhabitants.

The same state houses major cities which are very different from each other. While Houston was created through the petrodollar, the same does not apply to Austin and its exceedingly urban and entrepreneurial young population.

The same goes for the less populated parts of the country, where anything from cattle industry to tech startups can be found. At the same time, Texas is a border state and has a range of strong ties with Mexico. While currently some associate this with the immigrants that are coming over the border, the same ties have provided the two states with a lot more benefits than problems.

In this regard, the immigrant population could be a big engine for digital currency development. As the same population works in US state, they would look for means of sending money back to their family and relatives in the country of origin and remittance systems would mostly be needed for this.

The banking system and traditional online transfer services are mostly out of reach for the same population, especially their loved ones in the country from which they came from. Bitcoin, like other digital currencies, has many appliances, including betting online and buying goods or services, but it also covers remittance.

Because of this, the immigrant population would most likely find digital currencies very useful once they set up their accounts for digital wallets and do the same for their family. At the same time, there is little doubt that other inhabitants of Texas also desire to see any incentive that offers a chance for growth and development.

The digital currency domain, including the established and the emerging cryptocurrencies, is a promising field in virtually any corner of the globe. Thanks to this, any indicative like the Resolution 89 would most likely be welcomed by practically any segment of the Texas population.

The Passing of the Article I

The acceptance of the Article I could be a huge news inside of the US and the way the country’ a legislature approaches digital currencies. The history of digital development shows that some ventures fly under the radar for a long time, like for example eSports, which then become incredibly popular in a blink of an eye.

The chances are that the same event will not occur in November 2017 even if the Article I is passed, simply because it does not have that game-changing potential. But, as a precedent that is very relevant in the legal sense, the passing could be a spectacularly important event.

In a way, the brilliant decision by Schaefer is that it does not try to cram digital currencies into the mix of financial service, money transfers or anything else that already exists as a functioning industry or at least a part of it. Instead, Article I only wants to provide the protection for those who use it, allowing them the peace of mind that they will not be tagged after some other legislative change.

Here, the key facts of the US Constitution come to bear as this process unfolds. The US State of Texas will not force anyone to use the digital currency or include it in any of its procedures, both private and public.

It will only guarantee the rights of others to use the digital currencies if they so chose. Hopefully, the Article I pass and the positive legislative effects will be seen in full force around the US, but also the world.