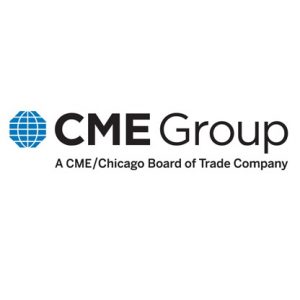 Cantor Fitzgerald, CME Group, and CBOE are US financial firms that have revealed that they are starting to list financial products that are providing exposure to cryptocurrencies. The first actual lists should appear starting with December 18.

The country’s CFTC (Commodity Futures Trading Commission) first unveiled this some time ago. The regulators stated that all of these firms will use a self-certified initial listing. This came after they worked with the agency on the task of defining a standard for the same offerings.

This comes only weeks after CME pointed at its website that it will launch this product on December 11. But, the company quickly took down the announcement after CBOE also showcased its plan to create a futures product.

Now, but CBOE and CME will provide a cash-settled contract offers that will find interested investors buying exposure to a range of reference rates. These will not demand that investors have custody of the asset. CME plans on using a custom-made reference rate which will be produced with their partner Crypto Facilities.

CBOE, on the other hand, plans to use the date from the Gemini, and NYC-based cryptocurrency exchange. Cantor Exchange, which is a Cantor Fitzgerald subsidiary, will provide binary bitcoin options also starting from December 18.

The consequences of these new financial products offered by mainstream firms are far-reaching, as the recent boom in digital currency prices and market caps clearly shows. But, the regulatory bodies like the CFTC are providing stark warnings about the new products that will soon be on the financial market.

CFTC as the Bringer of Warnings

CFTC Commissioner J. Christopher Giancarlo made remarks in which he cautions against the idea that these products will be fully regulated by the agency’s oversight. Instead, he underlined the agency’s limiter statutory ability to provide oversight for the underlying cash markets that are employed inside of the process of bitcoin trading.

According to Giancarlo, the participants in the market should be aware of the same underlying cash market. This market provides individuals or companies with BTC in exchange for cash, which they can then use to invest, use as payment or even bet online using bitcoin casinos. He also noted that the BTC exchanges are still mainly unregulated markets. The same goes for the participants and their practices in these markets.

He said that the participants in the market should take heed of the fact that cash markets are new and uncharted operate below the cryptocurrency ones. In this unregulated markets, CFTC has limited authority, which is why they are having so many doubts about trading practices and price volatility.

CFTC as the Bringer of Progress

At the same time, the CFTC made an effort to frame itself as one of the key participants of these launch announcements. It representatives stated that they held discussions with Cantor, CBOE and CME months before the actual news broke.

The regulators also said that, in spite of their limited authority, they would continue to closely watch the emerging financial products that are directly tied to bitcoin. Here, their objective is to assess what further changes are needed to the design of the contract and the settlement process. Also, they stated that they will continue these markets to facilitate and effect any potential change.

However, CFTC representatives also added that this process will, crucially, take place over time. This will allow the more conservative investors to consider these products, instead of shunning their possibilities as something that could potentially disappear over coming weeks. In this regard and in the eyes of the CFTC, the new bitcoin-tied financial products in the US are safe for the time being.

While the mentioned companies accept the need to be vigilant and careful, they are still excited and optimistic about their launch dates. Terry Duffy, the CEO, and chairman of CME, stated that he believes that the Chicago exchange, along with its peers, will have a role in safeguarding the BTC listings.

These automated systems embedded in the digital trading domain, similar to those employed by certain eSports and other online ventures, should provide a level of objective security. According to Duffy, the company is pleased to bring BTC futures to the market after their close cooperation with the market participants and CFTC. They sought to provide financial products that include price discovery, risk transfer capabilities, and transparency.

He also explained that the bitcoin futures will be subject to a range of risk management tools. These will include a merging 35%, intraday price limits and position factor. Also, the contracts will be directly tied into the CME global platform, where they will be traded.

A New Chapter in the BTC Story

Some will appreciate this news while other might be wary of the future implication it brings to the BTC independence and not connected to anything in the old financial system. While those concerns are justified, it appears that these financial companies are even more worried about the movement of BTC.

Completely expectedly, the markets have reacted with enthusiasm, continuing the bullish state of the bitcoin market, as well as other digital currencies. The market cap of the entire cryptocurrency domain only expands. For some, this points to the fear-of-missing-out scenario, while others are quick to point out to the bubble possibility. As the bull run continues, more and more in the digital currency community have conceded that many might lose money when it is over.

All of this is the direct reason why they employ measures like a daily fixed price, which would most likely turn away any current day trader who regularly seek to exploit this very factor. Instead, it is almost certain that the companies are trying to pull in those traders who are active in the traditional markets.

These might be only slightly interested in BTC, but dismissive of its lack of institutional support, or they could be completely in the dark about it. In both cases and every case in between, the entrance of financial giants into the process will provide an easy access point for future bitcoin traders.