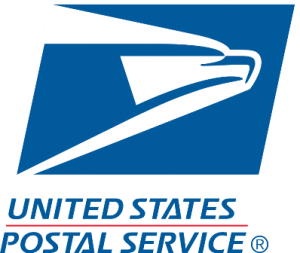 The USPS (The US Postal Service) has recently published a report that outlines how the same institution could use the blockchain technology within its regular operations. The report was made public by the USPS Inspector General and it suggests that the post office should think about using this technology with the purpose of enhancing its supply chains, use specialized connected device network and even provide the public with the access of its own digital currency.

The report underlines that in the short-term period government should allocate resources that should determine where this technology can be applied right now. This way, the postal service would be able to begin to experiment with potential uses of blockchain tech both when it comes to its end users and the internal workings of the institution.

The official statement from the USPS stated that there could be important benefits that could be attained with the blockchain technology, mainly when it comes to blockchain-based solutions used for financial services. Currently, the US postal service already offers a range of financial services, including international money transfers and money orders. In this domain, the blockchain tech could act as an enabling tool, which could help USPS to provide these services with a higher degree of effectiveness.

The news was welcomed in the blockchain and BitCoin community because it provides an entry point to a big national institution into the world of digital currencies. Last year, the Australian delivery service Australia Post also stated that it was exploring the potential use of the blockchain tech in its digital service. Now, it seems that one of the biggest postal systems in the world is also working towards the blockchain application when it comes to its operations.

But, there are many aspects of the same issue. Some of these are current, but other ones could become relevant in the future. Because of this, it is important that all aspects of this process can be understood as much as possible.

Randy Miskanic, Postal Service VP of digital solutions and chief information security officer state that so far, the government did not do anything aside from undertaking several evaluation projects. Miskanic said that there is no doubt that this institution needs to be cautious about implementing any new technology, especially if they come with problems like technology barriers, regulatory uncertainty, and safety concerns.

Blockchain as a technology possesses all of these issues and the USPS fully understands this. Naturally, the same issue can be seen in any other form of mass digital engagement, from E-Sports to cloud-based company databases.

Because of these issues, the USPS has to evaluate any and all individual solutions where the blockchain could be utilized. This evaluation will have to look at the technological impact and potential, but also take into consideration the application costs and financial restrictions. While this might be hampering, it does in line with the overall institutional thinking all across the globe where the annual budget is more than often the ultimate ruler and decision-maker.

Among the multitude of recommendation, one seems the most interesting, especially for the cryptocurrency community. This form of digital currency, which was already dubbed PostCoin, is not a new concept. In 2015 Swiss Economics, a consultancy agency operating in Switzerland proposed this alternative. Later, the Inspector General of the USPS hired the same agency for the research and evaluation.

According to their report, PostCoin could be used to help in the process of alleviating the problem of global monetary transfer. Additionally, the report speculates that such a method of payment and transaction which is completely in-house operated would provide the connected post offices with a way of transferring funds directly to one another. Today, many people use BitCoin to bet online because of these advantages, but there is no reason low transfer fees and instant transactions could not be used by the postal services as well.

At the present moment, the USPS offers international money transfers as a part of its general service. But, the problem is that these services are cashable in a very limited number of foreign countries. Using PostCoin’s convenience and flexibility would allow for digital currency to be transferred to anyone in the world, regardless of the fact where they are located.

Even more interestingly, the report suggests that the USPS could use the BitCoin network for this direct application of the blockchain technology. This process could take place through the users buying tokens for the existing blockchain network, or by digitally watermarking PostCoin currency inside of the BitCoin network.

As an alternative, the report suggests the possibility of making an in-house ground-up blockchain that would hold the PostCoin.

Advantages of Buying in a Current System

If the USPS would decide to acquire their blockchain by buying a fraction of an existing one, they would first need to acquire some coins from the network. Then, all of these would be marked by an additional level of information on top of the present data, which would mark the coins as distinct assets, which would be in this case the PostCoin.

The key advantage of this path of development would be the fact that the USPS would inherit all the miners working on the network and with them, all the hashing power that validates any transaction going on in the blockchain. This means that the USPS would not need to invest anything into the infrastructure because all of it is already in place.

Miners would be enticed to accept this deal because their primary workflow would not be threatened: they would continue to mine new coins just like before. The only difference would be seen in the fact that the USPS would buy some percentage of them right after they are mined. However, the rest would continue to function just like any other independent cryptocurrency network.

An additional application of the blockchain principle in the USPS would be the use of the tech for the monitoring of the supply chain. The same would take place, as the report explains, by using sensors and smart blockchain contacts that would trigger the release of cash (or in this case, data) along the supply chain’s main lifecycle.

The report believes that this would speed up all shipments, especially those which travel between international destinations. This would mean that every item that is being moved, no matter if a package, parcel or letter, could be identified by the blockchain, which would lead to the timely sharing of all relevant data.

Now, it would be expensive to tag every piece of mail with a sensor, but the concept is valid. Like PostCoin, it shows a desire of an institution that was heavily impacted by the age of the Internet to catch up with the modern times. Using blockchain or even BitCoin could open up a new age for the USPS, but also any other postal system in the world.