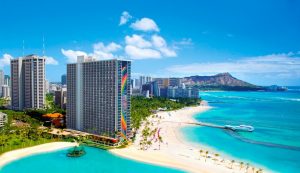 2016 defined blockchain tech as something that no big organization, private or public, can ignore. Now, the initiatives to apply this tech to some process in these big systems is under way, mainly with things like the Hyperledger project for the private sector and different national project developments for governments.

Among these, US is featured prominently as a player that could provide the world of block chain with a game-changer, especially in terms of legislative changes. But, while the blockchain is a very interesting topic in the corridors of power on both federal and local level, bitcoin does not share the same comfortable status.

The new administration of Donald Trump comes with some BTC-friendly individuals, but a realistic examination shows a slim chance that they will bring to the bitcoin community any significant advantage. But now, far away from Washington DC, a US state is apparently defining its own approach to both bitcoin as a currency and blockchain technology as a field of government services and activity.

The state in question is Hawaii and here are the changes that are underway in the Pacific island chain.

Benefit for the Government and the Citizens

Hawaiian legislators are trying to push through a creation of a working group that would be exclusively dedicated to blockchain tech. Their bill is called House Bill 1481 and it was filed initially on the 25th January this year. It calls for a forming of a body that would research the uses and best practices of the blockchain technology. Democratic representatives Mark Nakashima and Reps Chris Lee are the sponsors of the same bill.

These representatives explained their actions by saying that the purpose of the legislature is to find paths how this innovative technology could be applied. Here, they are mainly focused on the development of an educated and very measured approach which will make sure that the regulation does not stifle the growth of innovation in their state. However, at the same time, the bill specifies that its long-term approach should be finding ways how blockchain could benefit residents, local industries and the entire State of Hawaii.

If the measure is approved, the same group will be established and start preparing reports that should showcase what uses are applicable to the state. At the same time, it would also inform the state how it could leverage the same tech. But, very interesting is the fact that the bill presents a big potential opportunity – tourism payments.

Aside from focusing on the blockchain tech, the bill’s backers want Hawaii government to consider the same technology as a means of encouraging tourists to spend more and this way boost the local economy. Fascinatingly, the bill mentions bitcoin by name, saying that the cryptocurrency has a range of potential benefits to the state.

This is related to the fact that the large percentage of tourists come from Asian countries where the use of BTC is expanding rapidly. The logic is that some of them have active digital wallets that can be used in Hawaii as easy as for things like online betting or purchasing of goods and services. While relatively small at this point as a practical source of income, the application of digital wallets could ensure that the islands remain at the forefront of tourism innovations on a global level.

Because of all of this, the mention of bitcoin is a pleasant surprise and it is indicative of both a changing mental attitude inside of the political establishment and the specific nature of the state in which all of this is taking place.

Hawaii is a distant location for almost any part of the world, including the US mainland. That, along with the fact that the state is known for a small range of things outside of tourism and natural beauties, makes Hawaii a bit of a blank spot on the political map.

But, in spite of this, the state has many traits that could easily place it in the group of nations which belong in northern Europe. Firstly, the state offers a form of universal healthcare to all of its citizens, which is a rare occurrence in the US. This, along with a liberal disposition towards social issues, makes for an interesting development – while a lot of proponents of bitcoin are members of the libertarian movement and associate themselves with the Republican Party, the creators of this bill are Democrats.

That is why this is one of those rare examples of a rational approach to the issue which was in many other places forcefully split into two distinct realms, bitcoin and blockchain. But, as bitcoin continues to gain in value and relevance, Hawaii recognized that there is no sense in uncoupling these two and it was most likely its characteristically political climate that allowed this to happen.

There is little doubt that the change of attitude towards bitcoin is already in full swing. But, Hawaii made a great decision by moving to the front of the line where currently only the most heavyweight states like New York are located.

However, with a million residents, Hawaii cannot dream of ever becoming a cryptocurrency or blockchain development hub. But, with the addition of this technology to its most important source of income, tourism, it is solidifying its great standing.

In theory, less than a decade from now and if the current trends continue, there will be millions of digital wallets in China alone. As the number of tourists from this nation continues to grow and travel to all corners of the globe, being a destination that accepts BTC is a big advantage.

The same advantage could also move itself towards other domains. On the islands, things like eSports tournaments or freelance services could all be interconnected with bitcoin and thus be one of the rare states where the same comes with the full backing of the government.

It is clear that Hawaii is on the right track and that others, especially US states, should take notice of this encompassing approach to bitcoin and blockchain.