Industry News Use of Blockchain for Government Services 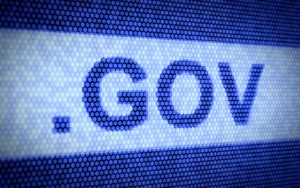 The blockchain technology is something that is readily associated with the financial domain, but as of lately, it has also started to become connected with civil services. In the United Arab Emirates, for example, the initiative to use blockchain for this purpose is taking shape under the guidance of government officials. In other locations, especially in the developed countries, an alliance of organizations in profit and non-profit fields is also experimenting with blockchain applications that could greatly aid a society in which they are put to use.

Now, it seems that several spots across the globe decided to speed up this effort and produce blockchain solutions which are not just concepts, but something which can be put to use pretty quickly. In the first half of the current year, these municipalities, cities, and governments created quite a bit of progress on this front, in spite of the large obstacles that are undoubtedly present on this journey.

Here are some of the most promising initiatives and also the reason why their development matters for the rest of the world that will one day use blockchain tech for civil services.

The US state is already famous for its offer to corporations and other businesses because of the advantages it offers to those who desire to incorporate there. Now, the state’s governor Jack Markell announced that Delaware is developing two big initiatives in the blockchain domain. First one includes gradually transporting the archive records of the state to the completely open distributed ledger. This would decrease the needed computing power and staffing requirement drastically for the state, while it also makes the archive more accessible to the public.

The second initiative relates to the state’s business opportunities. With this blockchain solution, any private company that is incorporated in Delaware will be able to track its shareholder rights and equity levels using a blockchain. Both options made Markell declare that his state is open for blockchain business and 2016 seems to be only the beginning of the potential development right in the heart of the US.

The city-state is already a hotbed of all types of tech development, which is the reason it became the first place in the world to operate driverless taxies. The blockchain applications are not lagging behind but it offers a somewhat different take on its potential. Singapore’s government plans to use the tech to stop traders from cheating in a way that defrauds banks. This development was spurred on by an incident which saw Standard Chartered loss of almost $200 million in 2014 and others like it.

The blockchain solution is meant to prevent traders and companies from using duplicated invoices for the same service or goods. Now, the Singapore banks will use blockchain app to create a cryptographic hash, which will be similar to a unique fingerprint for every invoice that is made in the city-state. After the hash is made, the banks will share it across the blockchain instead of its raw data.

At the moment when another party tries to register an invoice possessing the same details, the system will immediately alert them. While this solution is unorthodox, its application could save Singapore financial sector a huge amount of money in stopped frauds.

As one of the most tech-oriented nations in the EU, Estonia has a long tradition of accepting IT benefits into its movement and civic structure. Aside from its established e-residency program, the nation is looking to introduce blockchain into the same mix.

The tech should be used as a method of simply tracking banking and paperwork needs of the e-residents, all of which would be located on a shared blockchain platform. Like eSports leagues, open-source development kits and other digital ventures that require a sign-up process and subsequent tracking of activity, the idea of this initiative is to set a system that is easy on the front-end while being fully protected on the back-end.

Estonia is also developing applications for blockchain in its healthcare department, where medical records are set in the same digital space. This would be used to provide a level of transparency for the patients who would be fully aware who and when accessed their medical history.

In spite of its often negative approach to BitCoin and other blockchain applications that are currently in operation, the UK is not completely closed to this technology. Currently, it is working on developing a system for the distribution and management of public grants. Right now, controlling and managing these grants is a complex matter, which often ends up riddled with abuse or fraud. With a blockchain tech the date would become completely transparent and a lot more manageable for those who wish to access it, either as potential recipients or for security matters.

Future Potential Uses of the Tech

While these projects are ongoing, there are other potential uses that could be exceedingly beneficial to both movements and citizens. The current state of the blockchain tech works best in groups of users that do not go over 300,000 individual members. This means that huge metropolis would be a big challenge for the current tech levels. Not only this, they would also most likely do more harm than good when it comes to designing nation-wide blockchain solutions.

But, for more manageable groups of users, located in the optimal number of user zone, there are plenty of areas which could be enhanced through blockchain. These include, but are not limited to all sorts of verifications, including transactions, events, proof of records and licenses.

The same applies to ownership records, which cover land, property and all manner of real estate, all of which could be set in a blockchain environment. Finally, there is the issue of identity, where governments could issue blockchain-based e-identity to their citizens, which in theory could cover even the voting process, offering its holders a range of other rights and services.

But, the most important thing that any project that is currently being developed or at least conceptualize can have on its side is to be relevant to the citizens. If the blockchain solution of any kind can make a difference, it stands the chance of overcoming its initial problems (which are bound to happen).

BitCoin and other digital currencies achieved success because they offered solutions – for example, betting online using BTC and similar advances that are superior to traditional currencies. If the blockchain services employed by governments can do the same, they will be able to continue their development and eventually, become a regular part of everyday lives for millions of people.