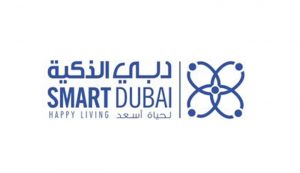 Dubai is widely recognized as one of the most advanced cities on the planet when it comes to the development and growth of its overall potentials. In several short decades, the city managed to rise from the status of a small regional hub to a global power player. The status that Dubai acquired is in many ways similar to the one that is held by cities like Singapore or Hong Kong, which attracts a range of profiles: from property developers to financial heavyweights and tech investors.

Dubai’s advantages for all this diverse collective of individuals and businesses comes from the fact that it desires one thing above all else – growth. The previous experience has shown both the Dubai’s rules and the people that expansion and growth bring about an access to a huge wealth. Unlike most of the Arab peninsula, the same wealth does not come exclusively from oil anymore.

But, Dubai also probably realizes better than any other city in the world that being on top demands a whole lot of investment in its own evolution. Smart Dubai is one of the city’s numerous initiatives that are aimed at growth and expansion. Now, it seems that the same process made room blockchain technology and its potential. However, instead of using it to support digital currency like it does with BitCoin, Dubai managers plan to use it to make their city a friendlier place to live.

Using Tech as a Step Towards Happiness

The announcement comes through the Smart Dubai initiative backed by the official government. Dr. Aisha Bin Bishr, directors of this initiative spoke on the Keynote 2016, an important industry conference. According to her, Dubai is working hard on its modernization and she believes that blockchain tech will play an important role in it. With it, Smart Dubai desires to make the city one of the best connected, but also one of the happiest metropolises in the world. She did not stop at this but also offered a precise explanation how blockchain fits in the broader strategy, along with Smart Dubai’s presence in the Global Blockchain Council.

According to her, the blockchain will be employed as a technological means that would power IoT (Internet of Things) applications. These should be gradually used to replace or at least streamline the process of delivery of services provided by the government and their allocations to city’s smartphone devices. In her speech, Bin Bishr told the audience at Keynote 2016 that blockchain is one of the most advanced and most elegant technologies that offer cross-business efficiency.

She said that she and her colleagues believe that it will have a big role in boosting Dubai’s productivity, but also increasing its competitiveness on the global market. It should also play a crucial role in securing the city’s economic infrastructure, which is the lifeline when it comes to supplying the city with its huge need for ready-to-invest cash.

If blockchain could make an impact only on that field, it would not need to do anything more because this alone could result in multimillion-dollar savings for the city. But, it is clear that Bin Bishr and the people on the Smart Dubai team believe that the tech can go a lot further.

Interestingly, Bin Bishr chose a precise choice of words when she described the blockchain technology. According to her, this is the “missing piece” that could provide her government with an important ally for the future. For the connected city idea to work, a place needs to utilize a massive amount of inbound and outbound data, while at the same time providing the residents with the benefits of this process.

A decade earlier, when big data was only in its infancy, the advantages of connected cities were already more than clear, but there was no technology that could support this concept in a manner that was useful to the end users. But now, blockchain allows the pool of smartphones to be transformed into a single connected system.

The same process also enables BitCoin and all of its distinctive uses, from betting online to any other effective monetary transaction. According to the recent news, Dubai is not simply considering the possibilities, but actually developing prototype applications that are entering limited services directly on the ground. In March 2016, the Smart Dubai initiative announced the development of the Smart Dubai Platform.

This technology is described as a digital backbone that would eventually power the entire city. The platform is being built with the help of a local telecommunication company and represent a merger of IoT solutions, cloud services and big data that is becoming geared up to accept the introduction of blockchain tech.

Bin Bishr suggested that the blockchain would be used to decentralize the process of decision-making and thus value to any communication taking place in the system. This should allow the residents to do their business in both seamless and personal manner. This should hopefully produce a more efficient economy that resides less on big and cumbersome government systems and more on the P2P nature of the blockchain process.

While the ideas are big, the Smart Dubai is currently exploring the application of a single advantage of the tech: authentication. The current systems utilize a process of identity authentication that is based on old tech and which often leaves users with a process that is slow and needlessly complex. In the modern economy, time is more than ever equal with money, so a simple speeding up would result in a direct rise in profits.

But, as E-Sports and other digital ventures show, upgrading the authentication process does not demand a total replacement of a previous system. Instead, a tech like a blockchain could be embedded in an old database and begin to be used from there, if for nothing else than this single purpose.

The same process is being explored all over the world and will undoubtedly be one of the first large-scale applications of blockchain tech. It seems that Dubai wants to be there from the first moment, providing its residents with this method of identity authentication.

For some time, it was clear that places like Dubai would embrace blockchain and BitCoin technology. Now, with the Smart Dubai scaling up its operations, there is little doubt that direct applications of this process will be seen on the streets and in the offices of this city before the end of the decade.

As the use of Blockchain becomes more and more widespread, those places that embedded it first in their operations will reap the biggest rewards. Currently, there are no other contenders that could rival Dubai’s development and the same advantage will most likely grow in the coming months when Smart Dubai presents new blockchain solutions.