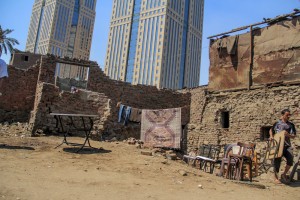 It can be said that BitCoin has a very diverse image in the eyes of the public. Some see it as a manifestation of a very important underlining advancement in digital financial dealings. In other words, these people believe that blockchain is the really important factor in the BitCoin story while the cryptocurrency is only a single potential use among hundreds of others.

Some people see BitCoin as a savvy investment opportunity both as traders and as miners. These individuals or companies are determined to see a profit from the currency’s ebb and flow, which is determined by its well-designed system of BTC production and circulation. Finally, most ordinary people perceive BitCoin as a means to an end, where they simply want to use the cryptocurrency like they would any traditional one, but with the additional benefit of having anonymity, low or non-existent transfer fees, and other advantages.

These people might use BTC’s for online gambling that is a lot simpler and more versatile than those on traditional websites, to do some shopping or any other thing that includes financial transactions. Today, unlike just a couple of years ago, the end consumers are able to do this with ease. All that they have to do is to open a digital wallet and attained some BTC. After that, they are good to go and do with their BTC whatever they please.

For any of these groups, BitCoin is something that has the power to impact their lives in some shape or form, but to none of them is the same currency an element that makes a difference between a comfortable life and a life spent in poverty. Here, it is important to realize that BitCoin is still a playground mostly reserved for the developed or developing nations.

While its basic philosophy is libertarian and does not include any notion of national borders, the wider domain of the modern world and the way it functions still limit how citizens from poor nations can become involved in the BitCoin ecosystem.

But, the same domain is also a space where the chance for some real groundbreaking social change lies. Here, BitCoin has the power to change this for good and do it from the ground up, without the need for big business or big government to enter the fray.

A World of Technology Leaps

Before the IT revolution, it was very hard for any nation to diverge from the predefined path of development. This notion was true for much of the human history. This trend dictated that agricultural societies gradually moved to pre-industrial, and then migrated to the industrial era.

In the late 20th century, many Western nations began moving into a post-industrial domain, while much of the world remained in the quagmire of the late 19th century, especially in the places like sub-Saharan Africa and South Asia. But, the ending decade of the last century brought about a game changer. For the first time in human history, knowledge became a widespread commodity and a revolutionary IT technology did not demand huge factories and a developed heavy industry for the people to reap its rewards.

A single device logged onto a worldwide data network provided the same access to a person in Africa and a person in New York City. The same ability today seems taken for granted, but in reality, it represents a quantum shift in the way how things were just a couple of decade ago.

IT technology allowed many parts of the world to skip some phases of development and go directly to the latest ones. In Somalia, a country that does not have a functional government since the early 1990’s, a network of mobile phone towers popped up in spite of the poverty and conflict.

Because of this, Somalis did not go through the phase of widespread use of landline telephone tech that should have existed for many years before mobile phones began appearing. Instead, they went straight for the latest development, leaping over the previous obsolete phases. Today, BitCoin has the power to bridge the divide once again using technology, but now in the domain of financial services.

Imagining a country in a grip of a crisis is not too difficult in the modern world. The source of this can be an armed conflict, natural disasters or simply a staggering level of poverty. In those scenarios, big financial entities choose to have a limited presence at best, often placing restrictions with the purpose of insulating itself from any possible fallout of the crisis, like corrupt politicians or warlords storing away dirty money or any other problematic dealings.

Usually, the effect is not felt but those who are actually committing crimes, but by the ordinary population that ends up being left in a void. By cutting or limiting the financial connection to the rest of the world, the regular citizens are impacted in the biggest way. Here, even financial aid from the developed nations must travel through different sources which filter it or block parts of it, providing finally only a reduced amount.

But, by placing BitCoin into the equation, the whole dynamic changes. With it, it does not matter that big financial players like banks or currency exchanges are not present; the P2P network of this digital currency does not need them to function. Instead, financial means travel instantly to the end citizens, but also in the other direction.

At the same time, they can export goods, services or information and receive payments directly in BitCoin, no matter what level of stability is present in their country. An E-Sports competitor can get his or her prize money in BTC’s no matter whether they are sitting in Africa or North America. The BTC that are owned by these individuals can be used to purchase commodities and remain valuable in any part of the world, including their region.

With BitCoin, wealth can flow freely between organizations and individuals. A single BTC does not require a working bank, an ATM or a government issued ID to be recognized as a value. Its value is recognized in every country to a point where borders become meaningless and the flow of currency and goods becomes continuous.

The Future of Cryptocurrency and the Divide

BitCoin and other cryptocurrency models are many things, including tech marvels, opportunities for investments and a shopping benefit for regular users. But, when it comes to the undeveloped world and its numerous struggling nations, it can be a way out of poverty and financial interdependencies that are currently crushing ordinary people who live in them.