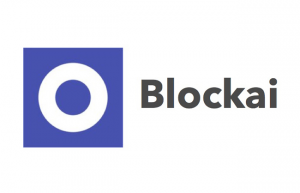 It is easy to see blockchain technology as first and foremost a financial and monetary tool. As a way of creating a user-distributed digital ledger, it continues to be explored by virtually all big financial systems in the world. Many of them, like the Chinese National Bank, are already looking for ways how this technology can be integrated or evolved into their own solutions. But, it is not an accident that blockchain is one of the most important tech advancement in the recent history and it is not all to do with the financial sector.

Similar to BitCoin itself, which is successful as a digital currency for things like online betting, there are currently several big clusters of developers and investors looking to use the same tech in a different field. For example, BTC transaction and validation system is being discussed in many quarters as a method of validating devices that hook onto a certain network.

Microtransactions are the BitCoin feature that allows this process to take place and there is little doubt that it will be employed in the near future, especially when the block size solution is taken care off and the transactions can once again go through in a matter of seconds.

But, aside from validation of devices, there are also other applications for the blockchain principle and one of them is the process of providing a P2P network based copyright service.

A startup called Blockai recently announced that it raised $547,000 through a seed funding process as they prepare to re-launch their platform as a copyright-focused service. The story of this platform begins in 2015 when it was envisioned as a form of social media data stream in which the users would be able to send and authenticate messages. As this process lost steam, Blockai decided to change direction and use their platform as a starting place for creating a tool used for attaining and also claiming copyright over photos and images.

The funders of this innovative and novel way of perceiving blockchain are Social Starts, Vectr Ventures, and Sterling VC. All of these, plus about 15 angel investors who include Josh Hannah of the Betfair and Nate Houk, the founder of Epsilon Records, contributed to more than half a million of US dollars to the Blockai solution. That is why the CEO of the venture, Nathan Lands said that the solution will be very different from the previous incarnation.

According to him, the use of blockchain and BitCoin is now completely hidden from the actual end users. The move most likely comes as a bid to create a more user-friendly environment similar to the approach of car manufacturers: tell the users only the things that they need to know. Additionally, it would not come as a huge surprise if internal analysis of the initial version of Blockai platform came to the conclusion that the previous version of the solution failed because it provided the users will an overly complex system.

A Move to Broaden the Blockchain Horizons

Blockai is by no means alone in the process of broadening the horizons of the technology. Mediachain and Ascribe are startups that share a similar idea with Blockai or to try to use the blockchain as a system for validating creative material. Lands, however, wanted to paint his startup as something that is easier for the users. At the same time, the investors who put their trust in this endeavor underlined that their faith in the startup lies in the fact that its potential market was exceedingly large.

Their primary example was the value and the sheer size of stock photo libraries and a huge number of photo services like Google Photos, Flickr, and Apple’s Cloud. There, according to the investors, Blockai could be a huge asset and this covers only the domain of digital photography created for commercial and non-commercial purposes. In theory, the service could help out a range of creatives, including people like illustrators, E-Sports map makers and many more groups of people.

Aside from user-friendliness, there is also the issue of monetization model. The other startups are looking at the freemium model as the main source of revenue, but Blockai wants to take a different approach. Currently, the same startup is charging small fees for the process of adding records to their BitCoin blockchain system while it is also sending payments from its dedicated wallet to the rest of the network.

To the end users, Blockai provides three different packages for their services. Lands said that the prices are ultimately a benefit to the users because it lowered the chance of users claiming fraudulent rights of any potential work that might not be theirs.

He revealed that the startup interviewed artists and found out that they desired this type of model. Here, according to him, they appreciated the idea that the service had a clear method of making money that would not change in the future, like for example, inserting advertisement later on into the system.

Currently, the users are provided with free credited that allows them to sample the service. It includes a process of easy drag and drop copyright claim, which is followed by a blockchain record being created. It produces a digital certificate that the same file is a person’s ownership. This certificate would be valuable in case any artists would desire to seek legal action against a possible infringement of their rights.

This is made possible by the presence of metadata that is linked to the artist’s name and their email addresses. Furthermore, the data includes notes about the hash, file size and type and the date of registration.

The idea behind the startup is more than solid, even if it will take a bit of time for it to catch on. As more and more individuals work in the creative domains and do this outside of the legal protection of a company, a copyright system is a very desirable insurance policy for many of them.

Using BitCoin and blockchain for this purpose makes perfect sense, especially because the network can easily integrate new users who would not even realize they are employing these solutions.