Opinion Using the Blockchain Technology in the Firearms Trade 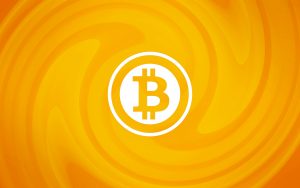 For a number of years, BitCoin was associated publicly with shady dealings that took place in the so-called deep web, often covering illicit transactions that supposedly included trading weapons, narcotics, and similar items. Since then, numerous investigative journalism projects and government-funded research showed that BitCoin was and is no more likely to be involved in illegal operations than any other traditional currency in the world.

Today, the same connection has largely disappeared from the mainstream media, fueled by the ever-expanding ecosystem of BitCoin, but also its underlying foundation of blockchain technology. Now, when there are no reports that someone is trying to use BTC to purchase illegal firearms, an idea is being developed that could directly connect these weapons and a blockchain network.

However, instead of being used for purchases, the same P2P network would be utilized to try to curb the illegal practices in the traditional firearms and weapons markets across the globe and this way diminish their chance of being used for crime, conflict, and any other malicious intent. The essentials of this process would include the creation of a network that could track and label any firearm, while the same process could be scaled up to cover the massive international trade as well.

The Global Thirst for Guns

The market for firearms of all shapes and sizes is one of those industries that are, apparently, completely resistant to any type of global financial movements. Instead, they continue to grow and expand, covering everything from small-caliber personal handguns to futuristic, computer-enabled military assault rifles. Even the market for used guns is blossoming, with the weapons manifested more than a century ago still being in service today.

However, the issue that always follows the notion of gun manufacture is the problem of selling these weapons and tracking their ownership. In the western societies, there is a range of different approaches to this issue. The US is famous for its constitutional amendment which guarantees the freedom to bear arms as a safety mechanism against possible tyranny.

This is why the US has the biggest percentage of military-style weapons being owned by the civilian populace outside of active conflict zones. But, sadly, the consequence of this approach is over 10,000 firearm-related deaths each year in the US. Across the Pacific Ocean, Japan has an incredibly strict gun laws that can send a person to serve a long sentence for only discharging a firearm, even if no one else was around.

Even though Japan possesses a very westernized overall culture, represented in movies, video games, E-Sports and all other means of entertainment that often glorify the notion of a gun, real life could not be different to the US, for example. The strictness with which Japan enforces its firearms rules can be seen in the fact that even criminal organizations, like Yakuza clans, regularly do not employ firearms because of the knowledge that a single handgun can result in exceedingly long prison sentences.

Even though there are other examples of firearms availability and legality. Still, they all have in common the notion that the process of trying to buy a gun results in the same process of background checks and ends with the person’s name being connected to a serial number on the weapon they purchased. Now, the same process can be upgraded using the blockchain tech.

Marking the Lifecycle of a Firearm

Instead of using the same approach that has been in place since the early 20th century, blockchain could be put in place to mark every single change of hands that a gun goes through from the moment it exits the factory. For this to happen, practically no additional infrastructure would be required aside from building a specialized blockchain network and providing it to firearms distributors, makers, and vendors.

Currently, there are active efforts to utilize such a method when it comes to counterfeit drugs being sold on the markets in undeveloped nations, but there is no reason why this would not work for firearms. Thanks to this, any gun that enters circulation will be designated with a serial number that enters the blockchain system.

Whenever it changes owners or sellers, the network would check this against all other nodes, providing a chain of authentication. At the moment it arrives at a certain owner, this also gets marked by the system. If for some reason the gun ends up being used in a crime, the path of its ownership can be easily traced using blockchain.

This way, instead of having a passive database, the same network works as an active database that is constantly growing but still continues to track any changes with the marked weapons. In the US, this could make a difference especially in the domestic gun market, which is today, thanks to gun show legal loopholes, more than prone to lapses in security measures.

The blockchain could go a step further and use its potential to mark illegal guns being used in armed conflicts all over the globe. For example, since the breakup of Yugoslavia, thousands of military rifles ended up on the black market and today can be found in many wars raging in a wide range of nations. This was confirmed by tracking the serial numbers, but with a blockchain network, the same data could be available beforehand.

Additionally, this could be used to check apparently law-abiding arms trading nations for any potential irregularities. Like many other official western businesses that operate in war-torn countries, these industry branches are in a desperate need for some independent oversight. Naturally, there is little doubt that these companies, even national distributors of arms, would not easily accept this blockchain network.

In fact, even many regular sellers would be almost certainly skeptical about it. But, the point is that the same method would provide the industry with security measures against those who seek to utilize their products to break the law. It is a fact that most invested parties, even if there is a possibility of a profit, would not desire to take part in these criminal ventures.

While this idea is solid in theory, it still lacks any development initiatives. BitCoin is used every day for a range of purposes, like betting online using BTC or attaining loans in this cryptocurrency, but now is the moment for the blockchain to start to overcome the boundaries of a business-only technology.

Like with the tracking of illegal pharmaceutical drugs, this type of blockchain would be able to save many lives by preventing the free and easy trafficking of firearms both in a country and internationally.