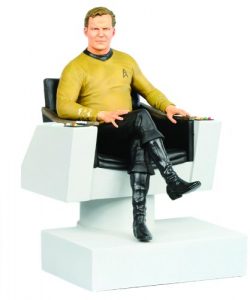 The world of collectors and memorabilia, in general, is an odd place that manages to bridge finance and collecting. Along with art, it is probably one of the most famous examples of a non-fiscal means of money transfer and storing value.

In fact, this ancient activity shares many elements with the concept of cryptocurrency in general as a non-government form of money. No matter how odd it might sound, bitcoin has as much in common with a precious celebrity autograph as with US dollar or any other national currency.

Today, even though its users are relatively sparse and the ability of merchants to accept memorabilia (if they are not specialized dealers themselves) is non-existent, it is still an important element to the general commerce of the world. Also, it remains a phenomenon that the crypto community is keeping on its radar thanks to potential means of collaboration.

That is why a single initiative in the same domain is catching headlines in crypto-oriented media. It is headed by none other than the famous actor William Shatner. Here is what it entails and why so many are interested in it even in its early phase.

The news began when William Shatner announcement last Thursday that he is partnering with Mattereum. This is a firm working in the legal tech domain and headed by Vinay Gupta, a former ethereum launch coordinator. The main activity of the firm is building of legally-binding blockchain smart contracts. In the case of William Shatner, the same ability should be used for the smart contracts that would record the authenticity of collectibles.

The actor, who became famous as Captain Kirk for the Star Trek series, said that the collaboration will be an important one for the collector market. The system would be able to provide data on an item, including where has it been, who had owned it and finally, whether or not is it genuine. According to Shatner, the system could be able to make a difference between future heirlooms that are priceless and those that are worthless fakes.

The process might sound completely unclear when it is defined like this. But, the process behind Mattereum’s system is really simple. Basically, it looks to make digital twins of collectible memorabilia. This way, any item that is valuable will get a listing on the blockchain and the same will follow its changing of hands. The first such item is the “Capt. James Kirk in Casual Attire”, an action figure that was signed by Shatner.

The same listing goes into the immutable ledger provided by Mattereum and the same can assure any collector that the item is the actual one from Shatner’s collection. The process is described by the company as giving out of passports to the collectibles. In the world where digital ventures are abundant, from esports to giant social media, making such passports seems very sensible. But, the venture is only in its infancy and many issues about the same process remain open.

One thing is clear – the market of collectibles and independent art is very valuable. Paul Camuso, one of the experts of the same domain who is included in the venture, stated that the market is worth about $67 billion on an annual basis. However, it has also been traditionally seething with fakes and forgeries, even more than the classic art world. This is why so many are looking for solutions in the domain of digital authenticity.

The fact that the trade keeps moving to the digital realm and away from convention and physical shops (where buyers can check out the goods in person) makes the search even more pressing. With the number of online sellers going up constantly, it is clear that scammers and sellers of fraudulent items would see their chance. Matterum wants to put an end to this possibility by creating a system which basically stops a fake from appearing on the market and staying there for too long. Instead, the blockchain passport should prove to be invalid and then come back to the seller or even previous owners from which it started its rounds in the market for collectibles.

The support of a veteran US actor for a crypto and blockchain venture does not seem like the most useful pairing in the world. But, this is not a case of another mindless celebrity backing of crypto business. Instead, Shatner has already made an entrance into the crypto industry. In the summer of 2018, Shatner became a representative of the Solar Alliance.

These alternative energy developers had plans to create a bitcoin mining facility in the US that utilized only solar power. Aside from the crypto element of their venture, Solar Alliance is basically a renewable energy company and clearly, Shatner, who is himself a big technology proponent, saw a good partnership opportunity. This makes him a great option for the Matterum and their initiative as well.

In spite of a solid plan and sensible celebrity backing, the process of validation of collectible items would be a huge logistical nightmare. The company would need to somehow make hundreds of thousands of passports for items that cover all domains of popular art, including cinema, gaming, comics and so forth, but also many other things as well. These include, for example, the sports memorabilia collectibles, which have a huge market in the US. From there, the questions appear on their own. Should the Matterum system include antique items or regular works of art and where does the company draw the line?

Another issue is even more pressing than this one – what about the entry moment for the item’s data? Who will say what a particular item should get into its passport and who will be there to say if the same data is true? It is unlikely that individual items in the future will all get the Shatner collectible figurine treatment. Instead, the passport makers will have to rely on some form of third-party information. This is by far the weakest link in the entire setup. Yet, regardless of the possible problems, Matterum or a setup like it is more than needed in the memorabilia market.