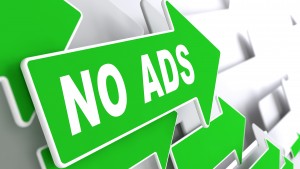 An important, yet marginally publicized tech milestone that was reached in 2015 was the ascendance of the ad blocking applications. Even though these existed since the early 2000’s, until last year, it appeared that only a small group of people was using them.

But, in 2015, media outlets began experiencing a drop in their ad-based revenue streams. Before that and since the expansion of mobile devices, content providers enjoyed a period of unparalleled growth, where the user base began expanding in numbers but also in the time an individual user spent online. With affordable tablets and smartphones, getting content suddenly became available at any place and at any time. Last year, all of this changed. Today, however, there are several reasons why a way out for the content creators might lie in BitCoin.

The new paradigm of Internet use, developed through the mobile devices, was a real boost to the content creation industry, which was still recovering from the fact that print media was dying out and other forms of classic electronic mass media stagnating. With a broad audience, a media outlet, for example, could create a monetizing solution in a matter of hours.

All it took was to create an AdSense account or use another vendor’s ready-made code which featured targeted ads. Simply placing these on a popular website or portal meant an instant revenue stream. With online videos having the same deal, the content of the early 21st century seemed like a golden investment. In fact, many believed that the good times would last for at least a decade until a completely new hardware platform (for example a globally popular VR solution) started to create new monetization methods.

Unfortunately for them, the change came faster than anyone expected and it didn’t include any high-tech breakthrough. Instead, relatively simple apps have been able to block out ads, especially those coming from Google services, which make up most of the revenue for PPC or PPV marketing systems.

Heavy Hit on the Revenue

It is estimated that in 2015 the ad-blocking tech created a dent in the revenues for the digital publishers worth over $22 billion users. Currently, more than 200 million global users are employing these types of ad-block solutions. The same fact is made worse by the vast majority of these being located in the Western countries, where the ad revenues are the strongest.

Now, the content industry is scrambling to find a way how to change the pattern and protect their business. The issue is even more pressing because big name companies like Samsung announced their plans to allow their users to block-out advertisements. It appears that even more tech players will also jump onto the ad-blocking bandwagon.

According to the experts, the expansion of ad blocking solutions is a manifestation of the consumer dissatisfaction with the way the global ad industry operates. In spite of the targeting system most employ these days, where the users are shown ads which should, in theory, at least, be most interesting to them, a big percentage of users still despises them. Here, YouTube with its instant play ads is one of the most notorious ads on offer. Now, the potential solution to this problem could be attained using BitCoin and its micropayments feature.

A Constant Stream of Small Payments

An alternative to ad-based funding would be to employ a system of micropayments where the users would pay (or better said, be charged) with a small amount of Satoshi for every web page they visit. Here, the users would be able to choose if they want to view the site’s advertisement or pay in Satoshi whenever they visit a page.

This way, the idea is that users would pay the publisher for the time they spend on their website. The use of the micropayment system has been already demonstrated in places like public forums, where it can be used as a method of rewarding insightful content and it the E-Sports domain, where it can be played out as a gaming incentive.

The Satoshi rewards are great for these purposes because they include an incredibly low transaction cost, or often its complete absence. Because of this, now for the first time in history, people can send each other cents without having to pay dollars for their actual transport. Blockchain utilized for their distribution marks and notes every transaction so that the publishers would be able to measure how long did the users stay on their website. They would be able to set a precise moment when the person is paid out, measured in seconds.

Of course, the low transaction costs are nothing new in the BitCoin domain. Today, this is one of the key reasons why people chose to use BitCoin to bet online, especially when they are interested in very low bets (allowed by this digital currency).

In spite of the practical advantages of having a digital currency payout system for content creators, the main appeal of using BitCoin lies in the fact that it provides people with a choice. This way, they can alleviate some grievances about their ad-based revenue system and let the visitors decide if and how they want to support the website they are visiting. Most users realize that content costs money, both to be created and hosted, but desire to decide for themselves how they wish to support the same business.

The world will never return to the simple ad systems that dominated the last ten years. With a more sophisticated audience, which is less tolerant to content saturated with ads, innovation is needed to change the way how content providers attain their revenues.

BitCoin offers the flexibility and the needed features for this process to succeed, but so far, it lacks users. The idea that people would start setting up electronic wallets just to pay their content providers is very slim, especially when there are other systems which do a similar job. Among these, the crowdfunded patronage method, which can also generate funds for content creators in an unorthodox manner, is one of the strongest contenders for the immediate solution for dropping PPC and PPV effectiveness.

But, it would only take one big content provider to kick start the process and also give others an alternative. With enough services onboard the BitCoin micropayments, it is not hard to imagine a system that provides a viable option for content providers who want to change the way they attain their funds.