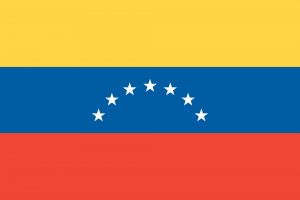 As the global leading financial powerhouses struggle between embracing digital currencies and finding a way to successfully regulate them, a South American country has launched its own cryptocurrency.

The country in question is Venezuela and its digital currency is called the Petro token. This move placed it in the limelight of the economic news section, but the dynamic behind Petro is not completely clear.

This is true for both the domestic political situation, but also the global position on such form of a currency. Yet, like bitcoin or any other cryptocurrency currently used for purchases, online betting and much more, the Venezuelan token will become a part of the globe crypto market.

Right now, Petro appears to be a divisive issue that will only serve to underline the crisis gripping the country. Because of this, many have dismissed it as a cheap trick by President Nicolas Maduro and his government designed to help them increase the country’s access to cash. However, the very act of launching such a venture is of a great significance, being that it is a world’s first.

The token had been officially launched and its pre-sale phase has begun according to Venezuela’s government. It was first announced by the Maduro in December 2017 as a means of avoiding the US sanction against the nation.

At the same time, Venezuela is under the grips of an economic crisis that has seen its domestic currency, the bolivar, steadily lose its value over the previous three years. Some might even argue that the same decline began sharply with the death of Hugo Chavez, whose social agenda and nationalization process has never been completely sold to the people of Venezuela by Maduro.

However, the president clearly has high hopes in the cryptocurrency scheme. Petro is being backed by a range of Venezuelan commodities, including its oil. This is one of the most important aspects of the token, which is also why it carries the same name.
Venezuela is one of the biggest producers of crude oil in the world. While it is not in the range of the giants like Saudi Arabia and Russia, it still holds the 11th spot on the list. Currently, the country is averaging about 2,2 million barrels per day and it is the biggest economic potential that Venezuela has in the global marketplace.

The Petro initial token sale will provide around 82.4 million tokens. In the near future, around 100 million Petro tokens will be released and their value will be about $6 billion.

For the launch, president Maduro stated that the Petro was born with the launch and that it will create a huge success for the overall welfare of the state. He also said, somewhat unclearly, that the biggest cryptocurrency and blockchain companies are supporting Venezuela in this venture.

Now, the country will also provide anyone interested in procuring their tokens with an official manual on how to precisely do this. It will come translated in several languages and the official who is in charge of the token, Carlos Vargas, stated that the ICO and pre-sale will accept both hard currencies and cryptocurrencies.

It appears that everything apart from in-game currency from eSports is being accepted for the Petro. Yet, it is worth mentioning that there is one currency Petro token will not be accepting. The currency in question is the bolivar so the tokens will not be available to the domestic customers.

Like it was already stated, there is a certainty that the Petro was invented as a way of avoiding the US sanctions against the country. The Maduro cash-strapped government is in a desperate need for funds and this is one of the potential ways to do it.

The appeal of the Petro would be that it is basically a way into the country’s oil market, which is currently in national hands. As a big producer in the world where the future undoubtedly brings all types of energy crisis, getting a stake in a country like Venezuela could be a shrewd business move.

At the same time, the government is hoping that the potential investors will not be discouraged by the political situation. Right now, the stability of the country has slightly returned to normal after a very tense 2017 which saw a multitude of victims during the violent protests between the opposition and Mauro’s government.

The Petro is having a lot less of a smooth ride in the opposition circles. At the country’s congress, which is run by the opposition, there were announcements that the cryptocurrency will be deemed illegal. This body argued that the token would be in effect borrowing against Venezuela’s oil reserve.

The opposition leaders also stated that the cryptocurrency is ideally positioned to become a vehicle for corruption. Jorge Millan, an opposition legislator said that this token is a form of forwarding sale of the country’s oil.

In the US, a multitude of voices also stated their objections to the plan. Robert Menendez and Marco Rubio, US senators, stated that the cryptocurrency should be denounced. They called on the Treasury Secretary to make sure these means of circumventing the US sanctions cannot be put in place for the global public.

The fate of Petro seems to share so much in common with the future of the current Venezuela government. From a logical perspective, the time is nearly up – the country is still gripped by a huge crisis and the frustration of the population is steadily growing.

In 2017, on several violent occasions, it looked like the country is tiptoeing towards a state of violent revolution or even a civil war. But Maduro managed to pull himself out of this mess and return a level of stability to his nation.

That is why there is a possibility that the cryptocurrency will manage to put some money in the movement hands. The same funds could the support Maduro as he further stabilizes both his position and the country’s economic outlook. But, right now, the first scenario still seems a lot more likely.