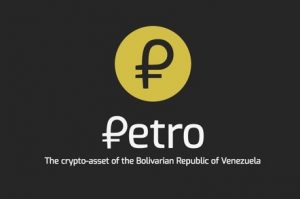 The Venezuelan petro is undoubtedly the biggest nationally-based crypto project in recent years. Because of its scope and the country of origin, the same national digital currency produced a lot of attention from the global community and not just from the crypto circles.

Of course, the program had as many detractors as it had supporters. The regime of the president of Nicolas Maduro has been under fire from the western nations for several years on the count of its treatment of its opposition. At the same time, Russia, China, and Iran have slowly consolidated into a supportive block for the country, supplying it with everything from financial support to training of its police forces in stopping any unrests.

On the other side, these nations accuse the West, especially the US, of producing the economic condition that resulted in the implosion of the Venezuelan economy. Recently, the confrontation took on the petro as its main flashpoint. Now, the US is discussion putting additional pressure on Venezuelan petro and doing it sooner than later.

There is a bipartisan group of senators in the US who are asking for stronger sanction against petro. The bill being pushed by the senators is called the Venezuela Humanitarian Relief, Reconstruction and Rule of Law Act of 2018. The long name stands for a long range of issue related to the situation in Venezuela, like humanitarian aid that is proposed to the numerous migrants fleeing the country.

It also includes provisions about the restoration of democracy that should take place in the atmosphere of the long-running crisis in the nation. The bill has the support of Marco Rubio and Tim Kaine, who are among the most prominent supporters.

The two high-profile senators of the Republic and Democratic party show that the US legislature is either aligned or will be on these issues since the bill was introduced on Sep. 24. However, the important part about the bill related to petro is a section that basically mirrors a US President executive order from March in which sanctions are imposed on the national cryptocurrency.

The Fate of Petro so Far

The Venezuelan cryptocurrency has very controversial from the start and it has attracted plenty of condemnation. At the same time, the government has mostly ignored these voices of concern both from within the country and from the outside. Instead, it sought to impose and implement it across the country and a range of its industries.

At the end of September, Maduro stated that the public sale or public coin offering of petro will start in a matter of weeks. However, the US Senate bill is pushing the decision of the US president even further and it is barring any resident of the US from using or providing any software as an effort of Venezuela to launch its cryptocurrency.

All transactions by US citizens or those residing in the country related to pesto will be prohibited. The same goes for practically any action revolving around petro that aids it or the Venezuelan government. With this act, possessing petro, unlike bitcoin, for example, will be illegal in the country.

Exploring the impact of Petro

Interestingly, the bill is also adament in attaining a report that gauges what impact does petro have on the current US sanction, along with any other cryptocurrency. The agency mandated with this process would be the US State Department, along with the US CFTC and SEC (Futures Trading Commission and Securities and Exchange Commission).

Under the bill, their job would be to submit a full report to the congressional committee that would answer how the cryptocurrencies affect the overall effectiveness and impact of the US sanctions not just in Venezuela, but also all over the world. If the bill becomes law, the report will include two big parts. First would detail the ways how entities use cryptocurrencies to avoid the effects of the US sanction.

The second would cover means of introducing new legislative measures as well as regulatory moves to stop any such process. These would include any indirect or direct use of services or products based on US tech, financial service or software firm. The report, should the bill become law, would be due a six months later.

Is the Petro getting Hurt by the Sanction?

The range of opinions on petro is very diverse, so it is not a big surprise that many are divided about the US initiative. The sanction, in this case, should prevent any US individual or company from interacting with the digital currency. However, the question remains how relevant would this be to the Venezuelan government.

Right now, there are clear indications that Russia is one of the biggest buyers of the cryptocurrency where the money acts more as a direct subsidization of the Karakas government than any prudent or logical economic move. This is especially clear when the current state of the Russian economy is taken into consideration.

In this regard, the US lawmakers are stopping anyone from investing into this particular cryptocurrency more as a gesture than any relevant economic move – it is doubtful that Maduro government expected anything from the US companies or individuals. Yet the second part of the bill appears to be much more important and it relates to other digital currencies that might be used to circumvent the US sanction around the world.

Crypto vs US Financial Measures

Cryptocurrencies, like esports, social media, and many other digital ventures, have a complex footprint of money, users and physical countries. If the US could manage to make a report that is sensible, this would entail that the country possesses means of examining the use of cryptocurrencies, which would be in its own a huge bombshell for the entire crypto community. But, a more likely scenario would be a production of a report that only scratches the surface of this issue and does little else.