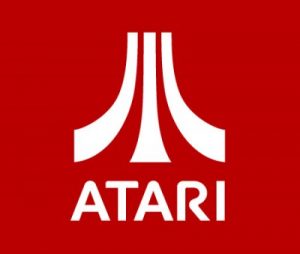 The gaming industry is a business domain built on flexibility. Ever since it came about with the arcade machines in the second half of the 20th century, it has worked hard to stay ahead of the technological curve. Unlike almost any other major industry, gaming has to be both adaptable and capable of recognizing development patterns before they actually occur.

At the same time, the IT tech advancement continued unabated and in many ways drastically picked up speed. This is true not only for the hardware basis of any gaming system but also for the sheer number of devices that can be employed for gaming purposes. What was once focused on nothing more but arcade machines the size of a smaller closet, has now become a field covering everything from smartphones to VR sets.

As this process of improvement and innovation in IT continues, many companies are desperate to keep up with it and find ways how can they profit. No matter how well a business might be in this, a big leap can leave it in the dust. That is why thinking outside of the box is a necessity here – domains like eSports or augmented reality gaming clearly show how this tends pays off.

Now, companies are thinking about the potential of cryptocurrency and how it can be employed to enforce gaming development. Like with most things related to crypto, the risks, as well as the rewards, are substantial.

Atari is one of the legendary businesses in the gaming industry. This company developed games like Pong and Pac-Man, but now, it is looking to launch its very own digital currency. It will be called the Atari Token and the company acquired a stake in Infinity Networks, a company from Gibraltar.

This partnership was already announced in 2017 when Atari hinted that the developers will create a digital entertainment platform that will employ the Atari Token. Also, the company underlined that the investment was created without any cash disbursement provided by Atari.

Instead, the company wants to take a strategic position that involves a limited cash risk. The purpose of this move is to create value coming from the Atari brand supporting this crypto asset. This means that the company is, for a lack of a better term, licensing out its name and industry clout for a venture that is fully financed by Infinity Networks.

The Workings of the Atari Token

Before this deal, Atari used the same name for the process of in-game purchases. This token is still in use, but it is not clear whether or not will it continue to serve the same purpose once it has been launched.

Also, the company has plans to integrate this digital currency with the help of its branding partnership made with the Pairplay Company. Pairplay provides online games which feature Atari characters and other game elements as a crucial part of their design.

Yet, Atari does not plan to stop there. The company also wants to launch the Pong Token. It will be used for crypto casinos and other gambling-related gaming sites. Right now, millions are using a wide array of cryptocurrency to enjoy online casinos and online betting.

Pong Token appears to be a new addition to the same arena, even though its actual mechanism of action, along with its end purpose is far from clear. Still, it looks like Atari is jumping into this field with both feet.

The move by Atari, just like that of the Long Blockchain Company, could be easily categorized as a marketing gimmick. Quickly after this announcement had been made, the Atari stock price jumped up sharply. Yet, others are pointing out that KodakCoin, also a venture of a struggling former giant, has really low chances of any kind of meaningful success.

Atari’s plan is much more ambitious and branched-out, so there is a strong chance that it could provide the desired result. If it fails, there are those who will immediately brand the same process a complete and utter gimmick.

The problem is that in hindsight, there is no way of knowing what was designed as a marketing ploy and what had an actual realistic backing. It could be even argued that the designers of these moves pitch their plans as having a fallback – at least the company will generate some free publicity. This has so far always shown to be a correct assumption.

All Lead to Gambling

Aside from the sense of being more a marketing move than a tech one, the combos that connect gaming companies and cryptocurrency seem to have one more thing in common – gambling. With Pong Token, the same intent is clear and openly defined.

For other companies, it seems more obscure but still very much present. The impulse behind this is both clear and understandable. After all, gambling has shown to be able to attract a rising number of people, even outside of its traditional stomping grounds.

With the digital technology, its accessibility and user-friendliness are higher than even, limiting the need to go out of one’s home. Historically, this was shown to be a very effective attraction for many people who want to engage in some form of gambling.

Video gaming is already stepping foot into a field that many see as overt gambling, which is the appearance of loot box mechanics. This feature sees players in online games attain so-called loot boxes, elements that carry some favorable element in the same gaming universe. Yet, with a loot box, the player is randomly rewarded and its in-game price can range from regular (often attained objects) to something very valuable (rarely attained objects).

However, the problem is that regulation will sooner or later swoop into the same domain and bring the profitability of loot boxes mechanics way down. The challenge for gaming companies will be to find a way to use cryptocurrency but in a way that will not leave them open to the same rules as the gambling industry.