Opinion What will take for the Politicians to Back BitCoin 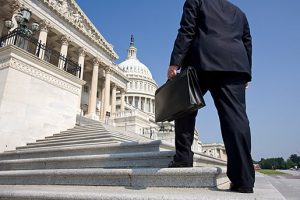 The beginning of the 21st century presents itself as a playing field for changing social and economic norms. From equally marriage opportunities for all sexual orientation to transgender rights and decriminalization or even full legalization of previously controlled substances, the political landscape had to evolve to either oppose these movements or support them to a varying degree. While it might seem that these issues are all connected to human rights, the truth is that all of them have a strong economical sub-context that is often underreported by the mainstream media.

For example, the legalization of marijuana in the US state of Colorado included a very vocal argument about the financial impact that this process might have on the region. By presenting the range of benefits this could have on the state, the campaign that supported the legalization won over many conservatives who were otherwise against the same process.

Today, Colorado is able to gather huge sums of money in taxes because of the legal trade of marijuana, even though this issue was before seen as a red line for many ordinary citizens. Fortunately for the state, many politicians recognized this beforehand and were able to push the changes to the law so that the legal status of this substance changes dramatically.

In many ways, digital currencies are currently in a similar situation – countless millions are using them all over the world, there a string of advantages they provide on virtually any level, but the political establishment still mostly refuses to move to make them a part of the system. BitCoin, as the biggest cryptocurrency on the planet, which is used regularly for things like betting online in BTC, is on the fringes of most national financial systems.

Because of this, many are wondering what is the reason why so many politicians do not take up the cause of promoting legal changes that would recognize these digital currencies. Like most things related to the politics, this issue is complex and multifaceted. Here are the key points of this problem and also the crucial element that would help in its ultimate resolution.

Hillary Clinton, the presumptive US presidential nominee of the Democratic Party, recently announced that she supports the blockchain technology applications being used in the public sector. In the address related to technology and innovation Clinton’s agenda, she presented an argument that the blockchain tech could improve the workings of the US public policy.

The text mentioned, aside from machine learning and autonomous vehicles, the use of the tech in the domain of public service applications, without going into the specifics. The address also underlined the need for the US to defend the universal access to the global and digital marketplace of ideas.

In a follow-up, her camp explained how Clinton plans on making the business dealings of entrepreneurs and startups a lot easier when it comes to government requirements. She also plans to reform the regulatory and legal obligations that often negatively impact those looking to provide innovations.

The address is expectedly vague about what Clinton really desires to do about emerging FinTech, but it shows that her camp definitely decided that she cannot ignore the issue. Of course, BitCoin, a much more tangible example of blockchain tech was not mentioned, in spite of its relevance. Going that extra mile will require a somewhat more direct approach and it has to come from the BitCoin community.

The BitCoin Status in the Politics

In 2015, Rand Paul was a Republican presidential candidate who announced that he will accept donation payments in BitCoin. Rick Perry, the former Texas Governor did the same thing with his campaign soon after. However, even though BitCoin donation was regulated as a means of a campaign contribution, there is no proof that BTC influx assisted any candidates.

Outside of the political races, the same issue continues to be a valid one: why would the politicians not just in the US, but also all over the world, care about BitCoin? After all, the issue appears marginal to most of them at best, or they perceive BTC with a level of hostility. Although the old misconceptions about BitCoin being a tool of criminal underworld financial transactions have mostly been dispelled, the problem of irrelevance remains.

There are signs the EU is beginning the process of recognizing BTC, no politician seems to have fully taken up the cause of promoting the digital currency. Like many other successful domains that at the same time incorporate a relatively small number of individuals, for example, the field of E-Sports, career politicians fails to see an immediate benefit from a voter impact perspective. But, this can be effectively changed through an age-old political tool.

The solution is simple – the BitCoin community needs to create and then support its own lobbying group. This can come in the form of a single organization that works on the global level, allowing for chapters to be opened either in individual nations or places like the EU. With these organizations set in place and the lobbyist ready, the political establishment needs to be engaged about the BitCoin issues that matter to the community.

At the same time, the politicians will get a chance to assess which immediate benefits they will be able to get from the same organizations. This way, a gradual building of mutually beneficial relationships will move the regulations towards a more BitCoin-friendly environment.

The nature of the political system simply demands this type of an approach. Ideally, the process would continue to expand, bringing more and more politicians on board. The first wave would probably go for those who are already inclined to the blockchain tech in some way, either because of the libertarian associations or because of a background in the IT sector.

With these politicians that are actively engaged with the BitCoin community, the immediate issues would get a chance to see the parliamentary debates and similar events, which would also attract the focus of the general population. There is little doubt that time is needed before first big results are achieved, but the process that leads to them will almost certainly take this form.

For this to happen, the BitCoin community has to pool its resources. The same funds would then allow the lobbyist to get to work, but this panel would also need to formulate a cohesive vision for the future of the P2P network.

Both of these will not be easy tasks and will drain a substantial amount of energy from the community, but they are necessary. Once the ground level platform is hammered out, politicians can be slowly brought into the process. When this happens, BitCoin and other digital currencies will gradually weave into the bigger financial system of a country and slowly the entire world.