Opinion Winklevoss Twins showcase a Scenario where Bitcoin reaches a Price of 500,000 USD 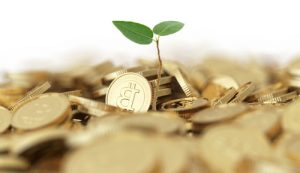 Bitcoin investors and traders recently discovered a new confidence in the prospect of bitcoin in 2020. This coincides with a number of investors of high prominence entering the market. The same goes for the big names from the Wall Street ecosystem where so far, only harsh criticism could be heard. Now, more and more of these companies are joining crypto inventors in trying to make money by entering the cryptocurrencies markets. As the biggest network around, bitcoin is responding well to the same attention.

Presently, the BTC token price is up some 30 percent in the last six months, signaling some very grounded growth and a potential for a new bull run. Most importantly, this is taking place as a growing number of individuals and companies see bitcoin as a stable hedge against inflation. Here, bitcoin and other cryptocurrencies are more and more playing the role of gold.

Among the individuals and businesses who are engaged in the crypto market are also a pair of famous investors. These are the Winklevoss twins and recently, they outlined a scenario where the almost unthinkable could happen: the setup where the price of one BTC token goes up to as much as 500,000 USD in the foreseeable future.

The name Winklevoss is not a new one in tech circles. Today, the two brothers are best known in the cryptocurrency ecosystem as the pair behind the Gemini exchange, based in New York. They recently talked about the prospects of bitcoin in the near and far future. The same projections even included one possibility that quickly caught the attention of the news media.

That projection foresees the possibility of a single BTC token reaching the price of half of million USD. That would be an increase of 45 times from its today’s value. The experts explained that the bitcoin price made some significant ground in comparison to gold. Also, its market capitalization rose from zero to over 200 billion in less than a decade.

Comparisons with gold bullion did not end there for the Winklevoss twins. They also referenced the fact that the market cap of all above-ground gold in the world is currently conservatively estimated at about 9 trillion USD. From there, gold could be used as a framework to value bitcoin, if the same digital currency continues on this path. In that possibility, the bull market scenario could showcase a narrative where BTC token is undervalued by 45 times. Now, the same estimate seems out of this world and even previous lavish projections from people like John McAfee seem very tame in comparison.

However, despite that, there is a valid logic that these experts are applying here and also an outlook that is becoming more prevalent in the world of the present day. That outlook stipulates that unlike before, bitcoin is not just something that exists outside of the wider economic environment, but something that lies embedded within it, even though it is not directly connected (or reliant) to any particular part or element.

The argument regarding the price of bitcoin and other elements of the traditional economy has one more big sticking point: inflation worries. The rise of the price could ultimately be all about having some long-term protection against the ever more present danger of inflation. In 2020, thanks to the coronavirus pandemic and the financial and economic fallout it created, the potential of fiat currencies losing their value are constantly getting bigger and bigger. In the US, for example, the fiscal stimulus measures pumped in a huge amount of money into the economy.

This means that everyone, from unemployed individuals who are possibly clueless about cryptocurrencies to esports players and tech enthusiasts (who are knowledgeable about things like BTC), got a lot of extra funds they can now use however they like. Many among them decided to use the newfound cash to buy cryptocurrencies, many as a means to protect their wealth against incoming drops in the value of fiat currencies.

Traditionally, there are means to hedge against a sudden drop in the value of some particular currency. These include the United States dollar, gold, and oil as the classic hedge locations. Because everyone agrees that inflation is coming for the US dollar, its use as a hedge does not make much sense. Oil is presently in a problematic situation because of its supply issues and difficulties storing it. Lastly, even gold, which is presently doing well in terms of its price levels, has an additional issue. While the present calculation regarding gold is derived from the amount of mined ore, there is no guarantee that a jump in technology will not allow for a faster and more effective way to mine gold.

Furthermore, some are pointing out to the growing industry of asteroid mining as something that would completely disrupt the gold market in less than 80 years from now. While some might think a prospect like this completely insane, the science behind it is solid. We already know that asteroids are rich in all manner of precious material. Getting one of those into the reach of earthbound industries would completely decimate the present gold market, even if it is a relatively small piece of space rock. Also, once this process begins, there will be no going backward and gold reserves that have been accumulating for centuries would suddenly and drastically lose their value.

Naturally, it goes without saying that no one should hold their breath waiting for the moment when a single BTC token will be valuable as half of million USD. But, the logic of the Winklevoss twins is most definitely there and it supports this possibility at least in the current theoretical framework.

The moment when that might become reality is anyone’s guess, but this does not mean that it is not there. Also, any regular factor that impacts the price of bitcoin would still be in play even if this process begins to unravel. So, while 500,000 USD for a bitcoin is not behind the corner, that does not mean that this option does not exist.