Opinion Zcash Start and its Effect on Bitcoin 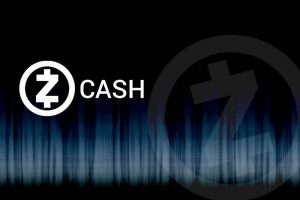 The domain of cryptocurrency recently saw a new addition to the growing family of digital money. A blockchain called Zcash was launched and individuals and companies from all over the globe started mining it and doing direct transactions on it. However, unlike bitcoin, which can already be used for a range of purposes covering anything from shopping to betting online, Zcash promotes itself as something which brings a new advantage.

According to its creators, Zcash is a truly anonymous digital currency that includes the first protocol of this type. The same is achieved by combining encryption with the purpose of data security and the use of blockchain as a means of attaining immutability. Immutability represents a class of programming phenomena which signifies data that cannot be changed or modified once it was created – essentially the coins of any digital currency.

Because of this, Zcash really represents a qualitative change in the FinTech arena. Unlike other so-called alt-coins, it is not a variation of the bitcoin blockchain setup, but something different and possibly equipped with a huge advantage.

Naturally, this launch got many people in the FinTech community very excited and others started wondering what impact it will have on the future development, but also the current movements in the BTC price. To make sense of it all, here is an analysis of the similarities and differences between these two distinctive digital currencies.

The short-term effect of the Zcash appearance is apparently not negative. With the price of BTC hitting and surpassing the $700 mark, there are no signs that the owners of bitcoin are rushing to dump it. In fact, the complete opposite is taking place with more traders buying into the cryptocurrency.

This trend is not recent – over the previous several weeks, BTC price has been on the rise steadily, even though the launch of Zcash was defined beforehand and everyone knew it was coming. None of this hurts the price of BTC, which is good news for both networks.

Currently, it looks like the expansion of the P2P network currency playing field was taken as a good sign for the overall stability of the digital currency domain. Because of this, it is safe to say that the immediate effect of the appearance of Zcash was either beneficial to bitcoin or completely irrelevant. In any case, the price of over $700 shows that BTC is going very strong at the moment.

There are clear similarities between bitcoin and Zcash. The main one is that both use a decentralized and dispersed network acting as a digital ledger to the currency. But, as mentioned, Zcash uses a new and advanced technique in cryptography that should, at least in theory, offer optimal transparency and privacy, while being at its own blockchain network.

However, the similarities easily get back into the focus. Like with BTC, this cryptocurrency follows the fixed model of issuance that will be cut in half on a regular cycle.

The same halving effect will take place roughly every four years and the network will produce a maximum of 21 million Zcash or ZEC as it is known before the mining cycle ends. This is exactly the same as the bitcoin system which already witnessed several halving events.

Bitcoin so-called “genesis block” was created almost eight years ago. Since then, almost 16 million BTC have been mined, which represent the three-quarters of the entire supply which is present in the bitcoin’s blockchain.

Zcash will attempt to engage in a similar process of mining and use of ZEC, but there are some important differences. These will see that ZEC has an 180 second block time (on average) and the beginning block reward will be 12.5 ZEC. The network will also include a slow start phase which will last until the first 20,000 blocks are mined in something more than a month. Here, the reward for the block will linearly increase until it reaches the 12.5 ZEC thresholds.

The designers of the network are doing this because they want to test the live process fully, making sure that any major security vulnerability or process-breaking bug is discovered in the first month. Because of this, the reward for the first mined blocks will be small, but constantly on the rise as the system of block reward starts an upwards trajectory.

But, none of this discouraged exchanges like Poloniex and Kraken to announce that they will begin to trade ZEC as soon as the first fraction of mined blocks is distributed to the miners. It is expected that the first buy orders will go for large quantities, while the initial sell orders will most likely be small.

The makers of Zcash are Zcash Electric Coin Company, a public team inside of an organization that includes a range of very high-profile advisors, employees, and investors. Aside from the equity in their company, a lot of the team members are expected to get a portion of the mined ZEC blocks that will appear in the future.

About 2.1 million or 10% of the ZEC that will ever come into existence will be allocated outside of the mining pools. These include the company’s investors, advisors, employees, founders and the company itself as a strategic reserve that will be used to fund upcoming projects.

Aside from these, a part of the same 10% will go to a Zcash Foundation, a non-profit organization that is designed to improve the basic protocol and the overall interests of the users. These funds are expected to be distributed over the first four years of the network when about 10.5 million ZEC should have been mined.

The Future of ZEC

For the current vantage point, it looks like Zcash has a solid foundation and a clear way forward. Like with bitcoin, the first wave of adopters will most likely include tech enthusiasts, cryptocurrency advocates, eSports players and other technology-oriented individuals, along with a new addition of investors.

This, along with a clear allocation of profits that will go to its founding groups, shows a great deal of promise. If the method of cryptographic protection it offers really finds the right group of users, Zcash can easily create a lucrative sub-market inside of the FinTech domain.

Additionally, the same will not encroach on any of the current heavyweights of the public cryptocurrency domain, which is a very beneficial setup for everyone involved. In any case, the next one to two quarters will show the development of the ZEC and what can be expected of it in 2017.