Bet On EuroLeague With Bitcoin 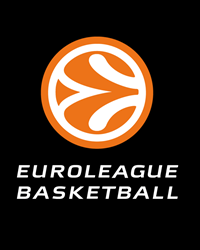 The EuroLeague is the basketball equivalent of the UEFA Champions League for European basketball teams. The top teams in European domestic leagues come together to face off in Europe’s premier competition. In recent times, this league has taken the name of its sponsor, Turkish Airlines, so that it is known as the Turkish Airlines EuroLeague, and it makes for an excellent opportunity for betting Bitcoins on basketball.

The EuroLeague is one of the most broadcast basketball competitions in the world, with an average 245 million people able to watch it on terrestrial television, and up to 800 million via satellite. Up to 199 countries at any one time can be showing the competition.

There is a lot of prestige for European basketball teams competing in this competition, but it hasn’t always had the simplest history, as we shall find out.

Bet On EuroLeague With BitCoin Here:

The history of the EuroLeague

It was quickly realised that this wouldn’t work, since there were two champions, and so after 2000-2001, the EuroLeague Basketball competition was established by merging the two competitions once more. In 2010, the league would take another turn, in an attempt to make it more appealing and financially rewarding, following a €15 million sponsorship deal with Turkish Airlines.

Most of the EuroLeague teams that compete have the same names as their football clubs. Just like in European football, Real Madrid have been the most successful basketball side. They have won a total of 8 trophies. Israel’s Maccabi Tel Aviv, CSKA Moscow, and Greece’s Panathinaikos each have 6 titles.

Italian side Varèse have 5, whilst Olympiacos, Olimpia Milano, ASK Riga and Split have 3 apiece. FC Barcelona, Virtus Bologna, Cantù, and Cibona each have two trophies, whilst Dinamo Tbilisi, Joventut Badalona, Žalgiris, Bosna, Virtus Roma, Partizan and Limoges each have one EuroLeague title.

How the season works

The EuroLeague begins with qualification rounds, which sees some of Europe’s decent sides compete to gain a place in the regular season. The regular season sees a total of 24 of Europe’s finest basketball teams play, namely the best 23 in Europe from participating countries’ domestic leagues, and the one winning side from the qualification round.
EuroLeague teams will be divided up into four groups of six teams.

Teams will then play 2 home and away games against all opposition in their group. The top four teams in each group advance to the Top 16 stage, whilst the eight remaining teams are eliminated into the EuroCup, which is the basketball equivalent of football’s Europa League. These sixteen qualified teams are drawn into two eight team groups. The teams play each other twice, with the top four teams advancing into the quarter-finals.

The EuroLeague quarter-finals are played on a best-of-five match basis. The first team to win three matches, advances to the Final Four stage. In the finals sage of the EuroLeague, everything happens really quickly. The Friday sees both semi-final matches played.

Place bets on the EuroLeague with CloudBet

The EuroLeague has plenty of exciting bets which you can make with Bitcoins. The qualifying round is certainly capable of providing a few spills, chills and shocks galore. This makes it great for crazy odds and underdog betting with Bitcoins. Even the regular season has its unpredictable moments.

The EuroLeague is just one of many Bitcoin approved basketball sports which you can bet on at CloudBet. This online sportsbook also offers bets on the NBA, FIBA World Championship and many major European domestic basketball leagues, if you wish to place other basketball related bets.