Bet On College Football With BitCoin 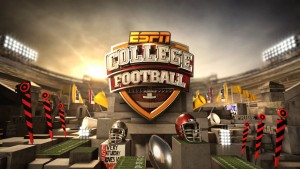 Today’s major American football competitions have a lot to thank college football for, since that is where the game gained popularity from. The level of competition may be more amateur, but the audience is still vast for this sport.

College football mostly follows the same rules as the NFL, although there are some noticeable differences between them. College football will permit a completed pass if only one of the receiver’s feet are inbounds. A player is considered down if any body part (barring hands or feet) touches the ground. The clock also stops for a first down.

If players wish to score extra point tries, they must do so from the three-yard line, instead of the NFL’s 2-yard line. Several other rules changes regarding yard lines, video replays, overtime, and penalties. This makes college football rather unique, and exciting to watch, as well as place Bitcoin bets on.

The history of college football

College football was actually based on association football, and then rugby, which made its way via British soldiers to Canada in the mid-1800s. Princeton University and Rutger’s University took this game, and adapted it a bit to play the first ever intercollegiate football game in 1869. This game was still very similar to association football, though. Rugby was adopted by the American colleges in 1873, but under the influence of Walter Camp (who was captain of the Yale team), the rules began to diversify. Downs were introduced into the sport, as well as play from scrimmage rules, and other additions.

Following the deaths of many athletes between 1890 and 1905, President Theodore Roosevelt deemed it necessary to set up an organisation to sort out the rules of American football, and dial it down a notch. The NCAA (National Collegiate Athletic Association) was founded to set up a clear set of less violent rules in 1910, which by and large, still stand today. College football remains a primarily amateur competition, with players not receiving salaries, but instead pocketing scholarships which provide them with tuition fees, university housing and the material they need for their courses.

The structure of college football

Prior to the formation of the College Football Playoff in 2014, the highest level of college football was the Bowl Coalition, the Bowl Alliance and then the BCS. The four teams which will appear in the playoffs are picked by the College Football Playoff committee, and then will select match ups for those teams. The first seeded team plays against the fourth seeded team, whilst the second and third seeded teams square up.

This format has only been used once before (last year), so it is still relatively new and will take sports bettors some time to become adjusted to. Last year, the winners of the very first College Football Playoff final was Ohio State. They managed to oust Oregon in the final, whilst Alabama and Florida State were eliminated at the semi-final stage.

College football (NCAA) is an exceptionally complicated sporting event to bet on. If you know which team you wish to stake your Bitcoins on, then you’ll have no trouble at all. However, there are literally thousands of games to bet on with NCAA football.