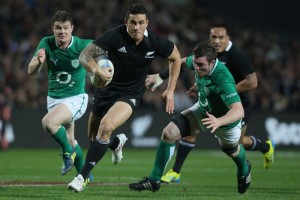 There are two major rugby sports which you can bet on with Bitcoins. One of these is Rugby League, and the other is Rugby Union. The latter comprises of 15 players per team, whilst the former has just 13 players per side. Both sports share similar rules, though.

The main differences include rule changes to tackling, as well as possession. There are also some minor changes with the amount of points accumulates from tries, conversions, penalties and drop goals, even if the process of earning those points is the same. Betting on both Rugby League and Rugby Union is possible with Bitcoins, as we shall see in this article.

The kinds of competitions you can bet your Bitcoins on, depends on what code of rugby you are choosing. Rugby League mostly consists of domestic competitions, although Rugby Union has more renowned international events, such as the Six Nations and Rugby World Cup. We’ll start by looking at the main Rugby League competitions, followed by a brief look at the major Rugby Union tournaments.

Bet BitCoins on Rugby at CloudBet

The National Rugby League (known as the NRL), is the top competition for Rugby League teams in Australasia. Also known as the Telstra Premiership, due to sponsorship reasons, it features 15 Australian teams, and one New Zealand side, for a total of 16 teams. This league is the most prestigious for Rugby League clubs, and attracts players from across the globe. The organisation of the league is actually rather similar to American football.

All of the English clubs competition hail from the north of the country. Like the NFL, the season is divided up into the regular seasons, playoffs, and a grand final event. Unlike the NFL, though, the Super League also features relegation to the Kingston Press Championship.

New Zealand’s Rugby League (known as the NZRL) is the top division in that country, since the major sides compete in the Australasian rugby leagues. This leaves the NZRL as a rather amateur competition, played with teams over seven zones. 15s, 17s and Premier Grades make up the divisions in the league. This league is not the most popular for betting Bitcoins on, but that doesn’t mean that bets cannot be made.

The Aviva Premiership is the number one competition for Rugby Union in England. It features all of the top twelve sides in the English Rugby Union pyramid. This league runs more like a football division, than an American football league. Teams are promoted to the division, and relegated from it each year.

The top four teams in the division will enter a playoff at the end of the regular season to determine the final winner of the RFU Premiership. The lowest placed team in the league is relegated to the RFU Championship.

The Six Nations is a yearly event, hosted between the international Rugby Union sides of England, Scotland, Ireland, Wales, France and Italy. Every year, the teams are placed in one group, where they must face off against one another. At the end of the tournament, the team which sits on top of the short league season will be declared the winner of the Six Nations.

The Rugby World Cup, on the other hand, is the widely regarded as the premier rugby competition in the world. This is a Rugby Union event (although Rugby League also hosts a world cup, it is not as eagerly watched). The Rugby World Cup has been held every four years since 1987, with New Zealand, Australia and South Africa each having won the tournament twice, and England having won it once.

Twenty nations will compete over six weeks, in group stages and knock-out rounds. Teams must qualify for the Rugby World Cup by finishing ahead in the “pools” qualification system, prior to the tournament.

Where can I bet on rugby with Bitcoins?

Whatever kind of rugby you are looking to bet your Bitcoins on, CloudBet is the place to play. They carry a host of great Rugby League and Rugby Union bets, including this year’s 2015 edition of the Rugby World Cup, which starts in September.