Bet On Australian Open With BitCoin 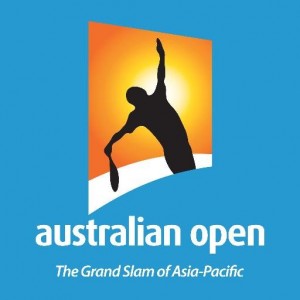 The Australian Open is another one of the grand slam tournaments that dominates the professional tennis world. This tournament began in 1905, and so this year was the one hundred and tenth edition of the tournament. By far Australia’s number one tennis event, the Australian Open has provided some remarkable moments on its many surfaces over the years.

About The Australian Open

The Australian Open is regarded as the opening of the major tennis season, since it is the earliest of the four grand slam events in the calendar. Played at the end of January, this event has been played on many different surfaces. From its foundation until 1987, it was played on a grass court.

This changed to a green ReBound Ace court from 1988 until 2007, before being played on the current blue Plexicushion surface from 2008 to today. The Rod Laver Arena, the Hisense Arena and the Margaret Court Arena are all kitted out with retractable roofs, so play can continue, even when it rains.

The history of the Australian Open

The Australian Open has enjoyed a long, illustrious if different history. Over its years, it has been staged in many of Australia’s major cities, including Melbourne, Sydney, Adelaide, Brisbane, Perth, Christchurch and Hastings. Yes, some of those host cities also happen to be in New Zealand, too.

Funnily enough, in the early years of the tournament, most competitors were of Australian origin, namely due to the lengthy amount of time it took to reach the country by sea. The tournament opened up to the majority of worldwide tennis players in 1969. It wasn’t until 1972 that Tennis Australia (the governing body of Australian tennis) decided that Melbourne would play permanent host to the event. In 1988, the event moved to Melbourne Park, where it is still played today.

This decision was made on the advice of the Lawn Tennis Association of Australia’s advice, due to the already existing venue (Kooyang) being too small to host such a major event. The change to Melbourne saw the end of grass tennis, and the introduction of the Rebound Ace court. This changed in 2008, to the Plexicushion Prestige surface, to bring the event more in line with the US Open.

The most Australian Open men’s single titles to have been won is 6, by Roy Emerson. Margaret Court holds the record for the most women’s titles, with 11. One of the main courts is also named after her.

Several major tennis events are played at Australian Open. Both men and women can compete in single events, whilst there are double events for both men and women, too. A mixed doubles championship can also be played. Champions in the men’s and women’s finals will win £3.1m each (in US Dollars), whilst doubles champions can pocket $575,000 between them. The mixed doubles winners will each pocket a 50% share of a $142,500 pot.

In 2015, Novak Djokovic became the men’s champion, when he defeated Andy Murray in the final. Serena Williams defeated Maria Sharapova to become the women’s champion. Italy’s Simone Boleli and Fabio Fognini are the reigning men’s double champions after beating Pierre-Hugues Herbert and Nicolas Mahut in the final.

The current women’s double champions are Bethanie Mattek-Sands and Lucie Safarova, when they defeated Chan Yung-jan and Zheng Jie in the final. In 2015, Martina Hingis and Leander Paes became mixed doubles champions when they defeated Kristina Mladenovic and Daniel Nestor.

Place bets on the Australian Open with CloudBet

Betting on the Australian Open is only really possible in January, but if it is approaching that time of the year, there isn’t really a better tennis event for you to bet on. The Australian Open can be found at many sports betting sites, but it is only with Bitcoin accepting sportsbooks such as CloudBet, that you can really enjoy the thrill of betting on Bitcoin sporting events.

Their Australian Open bets will permit match winner, tournament winner and set winner bets, amongst others. You can also find several other major tennis events to bet on, including Wimbledon, the US Open and the French Open at CloudBet.