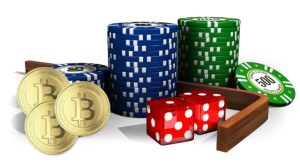 Dice games have always proven popular at land-based casinos. In the online casino world, though, they tend to take a back-seat whilst other traditional casino games lead the way. There are two main kinds of dice games on the internet for you to play.

Naturally, the first of these is the most well-known, and that is craps. Recently, together with the rise of Bitcoin, live dealer dice has also become very, very popular and is offered by the very best BTC casino sites, such as mBit.

However, the other major dice game in the online casino world is Sic Bo, and that is what we’re going to be looking at here. Sic Bo is an ancient Chinese game, which was brought over to US casinos via immigrants in the last century.

Its popularity has caught on pretty quickly, and today it can be found in most major online casinos. Sometimes, Sic Bo is even easier to find online, than craps. Together, these two games make up the only two major dice games which you can play online with Bitcoins.

Placing your bet and playing

In order to play Sic Bo, players are going to need to take a good hard look at the betting board before them. This game is quite similar to Chuck-a-Luck, so if you’ve played that before, you’ll have an idea at what you’re looking at. If you haven’t, don’t worry.

Each of the tiles on the betting board represents a different type of bet, and the numbers that could appear on the dice. Place your bet on the tile you wish to bet on. Three dice are then rolled. You will either win or lose your bet based on what appears on the dice. That’s basically all there is to it. Of course, it helps to know the bets inside and out, so let’s discuss them next.

There is another kind of basic bet in Sic Bo, and that is playing with odds or evens. Basically, you are wagering that the total of the dice will amount to an odd number, or an even number. You will win if you are correct, barring the rolling of a triple (three of the same number). If you roll a triple, then you’ll lose your bet.

If you choose to make a total bet, then you’re betting on the exact total which will appear on all three dice. You don’t have very good odds of being successful, but the pay-out for an exact total bet coming good is pretty vast.

Finally, the last kind of bet is a single dice bet. Basically, you are betting that a single number will appear on one of the three dice. For example, if you bet that one of the three numbers will be a 4, and the dice reveal a 5, a 2 and a 4, then you’ll win. You will get increased pay-outs if your chosen number appears more than once on the dice.

Pay-outs for Sic Bo are pretty standard. Players can scoop wins of 1:1 for any small, big, odd or even bets that come off. If you win with the exact total of the dice, the amount varies from 6:1 up to 50:1, depending on which number you have chosen for your total bet.

Triple bets come in at 30:1 for any triple, whilst an exact triple pays out at 180:1. Two-dice combination bets offer 5:1 winnings, whilst a matching pair combination has a pay-out of 10:1. Players can scoop 1:1 wins on single die number bets, whilst if their single die bet number appears twice or thrice on the dice, then they’ll win pay-outs of 2:1 and 3:1 respectively, instead.

Dice games like Sic Bo have great pay-outs if lady luck is on your side. You can play Sic Bo, craps and live dealer dice games with Bitcoins, by playing at a Bitcoin accepting online casino. We’d recommend mBit Casino, since they offer an excellent range of dice games for players.